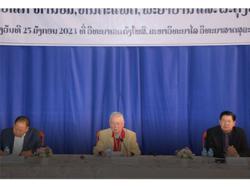 HANOI, Nov 26 (Vietnam News/ANN): Vietnam and Laos expect to achieve at least US$2 billion in two-way trade in the near future, given that the figure surged 28.2% annually to US$1.4 billion in ten months of this year, heard a forum held in Vientiane on Friday night (Nov 25).

Speaking at the event, Somvixay Vongthilath, Deputy Director of Trade Promotion Department under the Lao Ministry of Industry and Commerce (MIC), said the event offers a chance to listen to concerns of businesses and review the efficiency of existing cooperation frameworks to fine-tune policies, mechanisms and laws, thus helping firms improve their production and export capacity, even export to the third country.

Reports at the event focused on trade achievements between the two countries, bilateral cooperation in market management and energy development.

He also urged the two governments and the Lao Ministry of Public Works and Transport to soon upgrade the Lao section of road linking Vietnam and Laos and build the Hanoi-Vientiane expressway to save time and cost of trade between the two nations.

Participants at the event debated ways to pool more resources and corporate involvement in trade infrastructure, retail distribution and processing industry to achieve the set target of US$2 billion. - Vietnam News/ANN 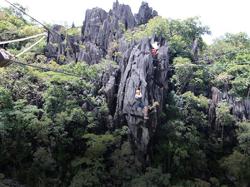