The girls are alleged to have stolen lingerie from a Victoria’s Secret store, as well as a pair of Crocs footwear. - ST FILE

SINGAPORE (The Straits Times/Asia News Network): Six Australian schoolgirls who were here for a netball competition and were arrested after allegedly shoplifting from Orchard Road stores have returned home, according to Australian media reports.

Singapore police said on Nov 16 that six teenagers aged 14 to 16 had been arrested in relation to the case.

Australian media reports had said the girls were suspected of stealing lingerie from a Victoria’s Secret store, as well as a pair of Crocs footwear. They identified the girls as Year 10 students from Bacchus Marsh Grammar, a private school about 60km north of Melbourne in the state of Victoria.

The latest Australian media reports, quoting the school’s principal Andrew Neal, said the matters had been resolved and all the girls had returned home after leaving Singapore last Saturday.

Said the principal: “Everyone is here and they all came in on the same flight... All matters have been resolved and the girls were allowed to proceed to the airport with no further action.”

He earlier said the school had 18 students who were in Singapore to compete in a regional netball competition.

He had recorded the school’s appreciation of the Singapore police for their professionalism, saying in a statement that the police have been firm, fair and thorough. 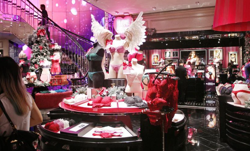 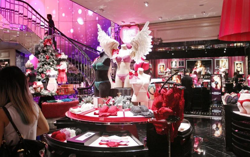