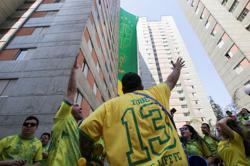 Do Kwon's passport will be revoked in 14 days if he does not hand the document back. - Bloomberg

SINGAPORE (Bloomberg): South Korea is set to strip Terraform Labs founder Do Kwon of his passport, intensifying pressure on the fallen entrepreneur to return to the nation and face charges over a US$60 billion crypto crash.

The 31-year-old must hand the document back or else it will be revoked in about 14 days, according to a government notice posted on Wednesday (Oct 5). Kwon's location is unclear and he is the subject of an Interpol red notice.

Kwon was behind the TerraUSD stablecoin, which was meant to have a constant US$1 value in a complex arrangement with sister token Luna. The edifice fell apart in May, worsening a US$2 trillion crypto rout, pushing a range of digital asset firms towards insolvency and causing consternation at regulators globally.

He and five others have been accused of breaching South Korea's capital markets law. Terraform Labs has rejected the charges and said the case has become "highly politicised".

Prosecutors on Thursday confirmed a local report that one of the people accused, surnamed Yu, had been arrested on charges including violations of the capital-markets law, fraud and breach of duty related to market manipulation.

The Chosun Ilbo newspaper reported that prosecutors in Seoul have frozen an additional 56.2 billion won (US$40 million) of assets they claim are Kwon's, bringing the total to about 95 billion won.

Kwon said on Twitter: "I don't know whose funds they have frozen, but good for them, hope they use it for good."

He did not immediately reply to an e-mail seeking comment. 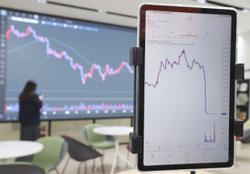