SINGAPORE (The Straits Times/Asia News Network): A man used a razor blade to slash a stranger after he heard voices in his head calling him a "transvestite".

Those given an MTO will undergo treatment for their mental condition in lieu of jail time.

On March 14, Muhibullah, who worked as a packer, reported to work in Joo Koon, but became agitated when he started hearing voices in his head. His supervisor asked him to go home.

Muhibullah then went to the HDB blocks along Strathmore Avenue near his home, where he again heard voices.

He took out a razor blade from his cardholder and began confronting passers-by because he thought they had insulted him.

John Ryan Baguistan Jimenez, a 36-year-old Filipino, and his wife were walking home when they saw Muhibullah at the void deck of Block 59 Strathmore Avenue.

He walked past the couple but suddenly turned back and used the razor blade to slash the left side of Jimenez's neck once.

Jimenez was subsequently taken to Singapore General Hospital after his wife called for help.

Meanwhile, police officers arrived at the scene after receiving several 999 calls from passers-by.

The police then searched for Muhibullah, recovered the razor blade and arrested him.

Jimenez was found to have suffered an 8.5cm laceration on the left side of his neck.

Separately, in August 2021, Muhibullah kicked a physiotherapist several times on his forearms at Sengkang General Hospital where he was warded for low blood pressure. He also kicked an auxiliary police officer's arm at the hospital.

Muhibullah is set to return to court on Oct 14 for sentencing. 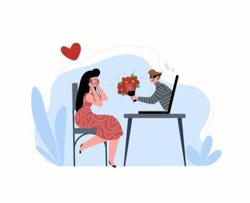