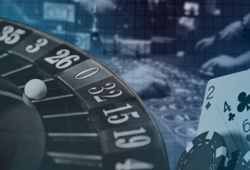 In a briefing, Leechiu Property Consultants CEO David Leechiu also warned that banning what’s left of legal Pogo firms, which were already affected severely by the Covid-19 pandemic, will add another dimension to the economic challenges confronting the country.

According to his calculations, the complete exit of remaining firms, which currently occupy 1.05 million square meters of office space around the country, will result in P18.9 billion in lost annual office rentals.

An additional P28.6 billion worth of rentals for residential space—with many Pogo employees currently renting from local landlords—will also be lost.

The government will also lose an estimated P5.8 billion in government taxes, while the Philippine Amusement and Gaming Corp. stands to lose another P5.25 billion in revenues.

The departure of these Pogo firms will also result in the loss of P9.5 billion in payments for electricity bills to Manila Electric Co. and other power distributors.

Another P54.3 billion in income taxes will be lost due to the departure of foreign workers, while the local economy will suffer the loss of P52.5 billion in “fit-out” costs for furniture, fixtures and technology for these firms’ worksites.

The workers in the Pogo industry also consume an estimated P11.4 billion annually in meals in their commissaries, all of which will be lost of the industry is shut down.

Leechiu estimates that, based on the spending average of P4,000 per person in the industry, the Philippine economy will face losses of P952 million per day in the event of a total ban.

Finally, some 347,000 workers—Filipinos and foreigners— stand to lose their jobs if remaining legal Pogo firms are closed down.

Leechiu pointed out that the call of some politicians to ban Pogos is ill timed, given the precarious situation that the country is in, as it tries to recover from the worst economic contraction since World War II.

“This is not the time to create a real estate crisis, on top of the other crises that we’re already facing,” he said, adding that while politicians are pointing to the reduced taxes that the industry has paid in recent years due to the slump in operations, they are ignoring potential losses in other sectors that depend on the industry as well as the thousands of Filipinos employed in online gaming.

“You have poverty, where people who were eating three meals a day could now only eat one meal a day again,” he added. “People who used to go to school to get college degrees are not able to do that now.”

Instead of shutting down the industry, Leechiu proposed that authorities approach the problem from a law enforcement perspective and shut down illegal operations.

“There are social ills, but the bigger social ills are unemployment, underemployment and underpaid workers,” he said. “Just enforce the law and shut down the ones that are illegal.” 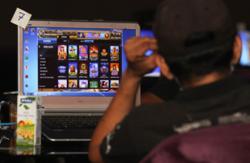