VIENTIANE, Sept 18 (Loatian Times): For the first time in more than three years, the Luang Prabang Film Festival (LPFF) returns as a free and live event, from 8–11 December.

In cooperation with the Luang Prabang Department of Information, Culture, and Tourism, LPFF will present four days of regional film sourced, as always, exclusively from across Southeast Asia.

In 2020, LPFF presented a free virtual festival throughout the region. Twenty-four features, ten shorts, and eight film favorites from prior LPFF events reached thousands of viewers in ten countries. Further cutbacks during the pandemic made a 2021 event impossible.

This year, says LPFF Executive Director Sean Chadwell, “when our government partners approached us in May, the day the Lao borders reopened, the path back to a live event wasn’t clear at all. At that point, we had an office,” he laughs, “only because it’s the norm to pay rent here several months in advance. No staff. Nothing in the bank.”

By early June, partner commitments — from Lao Telecom, M Money, and The Asia Foundation — support from the local hospitality community, and dedicated volunteers had kick-started the effort to produce a comeback festival.

“It’s a typical story arc,” Chadwell points out, “where you think the good guy is down for the count but he manages to haul himself back up for the fight. The only thing we’re missing is the soundtrack.”

This year, audiences can expect more than 20 feature films from across Southeast Asia, public discussions and Q&A sessions with visiting filmmakers, and the easygoing, cinephilic atmosphere for which LPFF is known.

The festival is also known for big crowds — Luang Prabang has no operating movie theater, so its December event is a rare treat for local audiences. More than 1,000 viewers routinely fill its main night venue, which showcases primarily Lao and Thai content.

This year, LPFF will add a second, smaller night venue in order to offer a few more selections from around the rest of the region.

From 2016 through 2019, LPFF also hosted a regional Talent Lab for developing concepts for feature films, in cooperation with the Tribeca Film Institute (TFI). “That won’t yet return,” Chadwell says, “but since TFI’s dissolution in 2020 we’ve quietly been working on delivering Labs again in 2023.”

He points out that two recent Southeast Asian successes, Kavich Neang’s White Building (2021, Cambodia) and Martika Ramirez Escobar’s Leonor Will Never Die (2022, Philippines) were both at the LPFF Talent Lab in 2016. “We can’t wait to welcome filmmaker creatives back to Luang Prabang,” he says.

In May 2022, Laos fully opened to international tourists. Hotels and guesthouses, restaurants and outdoor food courts, the Luang Prabang night market, shops and tourist attractions such as Kuang Si Waterfalls and the National Museum (the former Royal Palace) in Luang Prabang have reopened to welcome visitors. The Lao e-visa is now available for tourists as well as visa on arrival at select entry points.

A full festival line-up will be announced in October. All festival events are open to the public and free of charge. 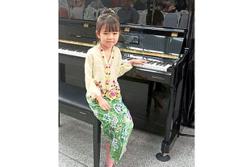