People affected by the floods have been relocated and some are sheltering with relatives and friends living on higher ground. - VT

VIENTIANE (Vientiane Times/Asia News Network): The heavy rainfall in Laos during Aug 6-9 resulted in floods that damaged houses and infrastructure and inundated hundreds of hectares of farmland in numerous provinces and the capital of Vientiane.

The tropical storm resulted in heavy rains across Laos, causing the flooding and affecting many villages in Vientiane, Xekong, Thapangthong district in Savannakhet, and several districts of Champassak and Xayaboury provinces.

Floods hit areas of Vientiane, resulting in widespread disruption of traffic. Authorities in Vientiane reported flooding at several locations across Sikhottabong district, though there were no injuries or fatalities.

An official from the Social Welfare Department under the Ministry of Labour and Social Welfare, who declined to be named, told Vientiane Times on Tuesday (Aug 9) that the department had not received official reports from local authorities in provinces affected by flooding.

He said, “We have seen information about the floods on social media and the ministry has ordered local authorities to continue collecting information on the damage in order to seek assistance.”

A news source from Savannakhet province said that during August 6-9, Thapangthong district in the province had been affected by continuous rainfall over several days, which resulted in accumulated water flooding houses and farmlands along the Mekong River and several streams.

Preliminary data collected by local authorities in Savannakhet showed at least nine villages in Thapangthong were affected and that more than 63 houses were damaged by flooding.

Almost 200 hectares of farmlands have been inundated and some infrastructure has been damaged. The transportation of goods in some areas has also been affected.

People affected by the floods have been relocated and some are sheltering with relatives and friends living on higher ground.

The authorities in Savannakhet also warned people living along rivers to remain on alert as several days of heavy rain could result in landslides and flash floods.

The authorities in Champassak admitted they were unable to access some villages in Bachiengchaleunsouk district, which was affected by the floods as a bridge connecting the area was badly damaged. Local authorities are still not sure when they will be able to access the affected districts.

Authorities in the southern province of Sekong are collecting information on the impact of the rains and floods. Damages and losses have not yet been officially reported. This follows authorities warning villagers about possible flooding after water levels in the Xekong River rose above dangerous levels.

The residents of Xekong were advised to prepare for changes in water levels in the Xekong River due to the release of water from a dam in Vietnam during August 8-11.

A notice issued by Xekong’s Department of Natural Resources and Environment stated that a hydropower project in Vietnam would release water into a basin at speeds of 100 to 150 cubic metres per second.

The Xekong River’s water level was measured this morning at 2.14 metres, while it was anticipated to be between 5.50 and 6.50 metres. Authorities in the province are monitoring the water levels and preparing for the possibility of water levels touching 18.50 metres at their highest. 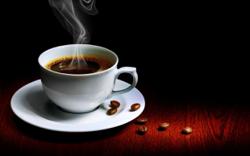