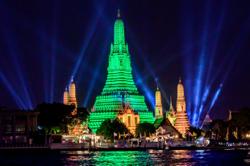 BANGKOK (The Nation/Asia News Network): After the Chonburi pub blaze claimed 15 lives and injured dozens of others last week, Bangkok authorities have launched a citywide hunt for safety violations to prevent a similar tragedy.

While inspecting venues in Chatuchak district on Monday, Bangkok Governor Chadchart Sittipunt ordered an eatery in Soi Ratchada 36 to close because it did not meet legal requirements for live shows and had not put in place fire safety measures.

Chadchart was checking the area with district chief Pornlert Penpas.

Steps are being taken to avoid a repeat of the Mountain B Pub blaze in Sattahip district, which was found to be illegally operating as an entertainment venue despite only having a restaurant permit.

Meanwhile, the restaurant in Soi Ratchada 36 was ordered closed because it failed to comply with fire safety standards as it had no fire exits and not enough fire extinguishers. According to the law, each public site must have one fire extinguisher for every 100sq m.

The restaurant was also found to be operating as a live music venue without the correct permit.

The governor ordered the restaurant to close until it has met all requirements and received relevant permits.

Pornlert said officials have so far inspected 28 restaurants operating as entertainment venues in Chatuchak district. Of them, 11 are in compliance with the law, while 17 have been ordered to make rectifications. Another 18 restaurants in the area are pending inspection. 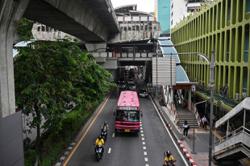