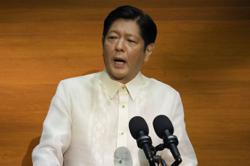 MANILA (Philippine Daily Inquirer/Asia News Network): The Marcos administration should uphold the 2016 ruling of the Permanent Court of Arbitration (PCA) favouring the Philippines’ claim in the West Philippine Sea (WPS).

Victor Andres Manhit, the president of think tank Stratbase ADR Institute, made the call on Tuesday (July 5), a week before the sixth anniversary of the PCA ruling that junked China’s nine-dash line for having no basis.

Manhit said that this would be the perfect opportunity for President Ferdinand Marcos Jr “to establish that he is much different from his immediate predecessor in the critical areas of foreign policy and maritime security.”

“He did, after all, promise that he would rely on the rule of law to assert our position and jurisdiction,” Manhit said in a statement.

Marcos has previously said he would use the ruling to assert Philippine territorial rights.

In 2013, the Philippines, under the administration of then-President Benigno Aquino III, challenged in The Hague court China’s claim that it owned more than 80 per cent of the South China Sea, which included waters in the exclusive economic zones of Brunei, Malaysia, the Philippines, and Vietnam.

On July 12, 2016, the tribunal ruled that China’s claim had no basis in international law and that it had violated the Philippines’ sovereign right to fish and explore resources in the West Philippine Sea, which is within the country’s 370-km EEZ in the South China Sea.

Manhit said the Philippines should not allow China’s “blatant disregard” of the United Nations Convention on the Law of the Sea.

“After July 2016, or when the Permanent Court of Arbitration ruled in our favor, that claim became a right given to us under a rules-based international system. Our arbitral win defines from a point of view of international law, what is ours and what does not exist which is the nine-dash line,” Manhit said.

“So, I just hope we learn from all this, and part of that also is let’s not get drawn into that argument that we are stuck between a choice of China and the United States,” he added. 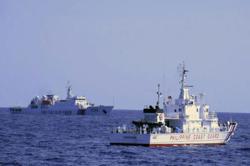 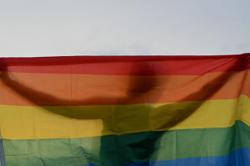