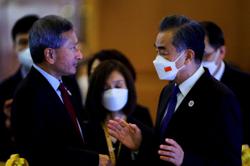 Foreign Minister Vivian Balakrishnan with his Australian counterpart Penny Wong, who is on a two-day visit to Singapore. - ST

SINGAPORE (The Straits Times/Asia News Network): Australia and Singapore will seek to draw on the "huge reservoir" of strategic trust between them to strengthen supply chains that could withstand future crises, said Foreign Minister Vivian Balakrishnan on Wednesday (July 6).

Speaking during a joint press conference with his Australian counterpart Penny Wong, he described both countries as long-standing, natural partners that tend to see the world through similar perspectives, and touched on possibilities for future cooperation.

There could be value in exploring how supply chains between both countries can be made more resilient, he said at the Ministry of Foreign Affairs.

"So, we agreed to convene a working group amongst officials to explore how we can construct supply chains, which will withstand the test of future crises and draw on these wells of strategic trust between our two countries," he said.

Wong, who is on a two-day introductory visit to Singapore, said she was grateful for the acknowledgement of the reliability and the trust both countries have as suppliers.

One insight many countries have derived from the pandemic, she said, is the importance of resilience in supply chains.

"I'm very pleased that Minister Balakrishnan has suggested more work on resilient supply chains as between us we have many; we have complementary economies in many ways and I think we can do good work there."

Dr Balakrishnan highlighted how Australia also intends to be a hydrogen hub, with hydrogen having potential as renewable energy source.

"As Singapore is a bunkering port, if we can look forward to further transformation in maritime and other transport infrastructure, this again is another very fertile area where we can work closely together," he said.

The Australian foreign minister met Prime Minister Lee Hsien Loong at the Istana and is scheduled to meet Deputy Prime Minister Lawrence Wong during her official visit, which started on Wednesday.

In her opening remarks, Wong said she shared Dr Balakrishnan's views on the closeness of the bilateral relationship that is anchored in shared strategic and economic interests.

Ties were elevated in 2015 when both sides signed a Comprehensive Strategic Partnership - a landmark agreement that covers economics and trade, defence and foreign affairs, science and innovation, people-to-people and the digital economy.

But the relationship is more than official links, said Wong. "We trust each other, we like each other, we visit often, we study together, we're there for each other in good times and in tough times."

Australia's first foreign-born foreign minister, Wong was appointed in May after the Labour Party's win in the federal election.

Since then, she has made a series of diplomatic visits to the region, including recently to Malaysia - her birth country - and is scheduled to attend a G-20 foreign ministers' meeting in Bali later this week.

On other areas of cooperation, Dr Balakrishnan highlighted the Green Economy Agreement (GEA), which was announced in October last year.

Dubbed a "world-first" agreement that combines trade, economic and environmental objectives, the GEA aims to remove non-tariff barriers to trade in environmental goods and services and accelerate the uptake of green technology, among other things.

Such an agreement was something of crucial importance to Singapore as a small island state, said Dr Balakrishnan, with climate change being an existential threat for the Republic.

"I suggested to Minister Wong that we can make this an ambitious, practical path-finding agreement, one which will make a difference to our economy, one which will fulfil the climate ambition of our people, one that makes sense to the business sector as well," he said.

He added that officials from both sides have met about 10 times so far, although he declined to give a timeline to the negotiations.

Wong said the new Australian government has a much greater level of ambition on climate change.

"We are serious about it. And importantly, and this is where there is convergence with Singapore again, we see (the GEA) as an enormous economic opportunity for our countries as well," she added. 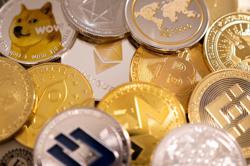