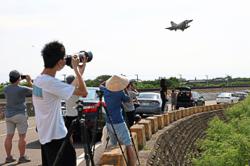 The Philippines lodged a "strong objection over the unlawful live-fire drills" by Taiwan around Itu Aba island. - Reuters

TAIPEI (Reuters): Taiwan on Wednesday (June 29) rebuffed a complaint from the Philippines about live fire drills around a Taiwan-controlled island deep in the South China Sea, saying it had the right to do so and always gives issues a warning of its exercises.

The Philippine Department of Foreign Affairs, in a message on Twitter late on Tuesday, lodged a "strong objection over the unlawful live fire drills" to be carried out by Taiwan this week around the island, known internationally as Itu Aba.

Taiwan calls the island Taiping and the Philippines calls it Ligaw Island.

The department said the island belonged to the Philippines.

"This illegal activity raises tensions and complicates the situation in the South China Sea," it said.

Taiwan's foreign ministry said in a statement the island was part of the territory of the Republic of China - Taiwan's formal name - and that it enjoyed all relevant rights accorded by international law.

"Our country has the right to conduct routine exercises on Taiping Island and related maritime areas. In order to ensure the safety of maritime traffic and fishing boats operating in adjacent maritime areas, we notify the relevant regional countries in advance before each live-fire drill," it said.

Itu Aba is the biggest feature in the Spratly Islands, a grouping of islets and other features also claimed, entirely or in part, by China, the Philippines, Vietnam, Malaysia and Brunei.

The Philippines normally complains most vociferously about China's activities in the South China Sea, including what Manila says is illegal fishing.

The Philippines, like most countries, has no official diplomatic ties with Taiwan but there are close cultural and economic links and Taiwan is home to about 160,000 Filipinos, most of them migrant workers.

The maps China bases its South China Sea claims on date to when Chiang Kai-shek's Republic of China government ruled China before it fled to Taiwan in 1949 after losing a civil war to Mao Zedong's Communists.

Taiwan also controls the Pratas Islands at the very northern end of the South China Sea.