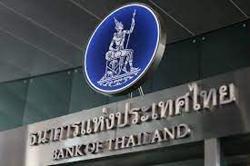 Thailand was visited by about 40 million people in the year before the pandemic and has now lifted most curbs.

Meanwhile, Thailand's economy will continue growing this year and next, driven by a recovery in domestic demand and tourism, the central bank said on Monday.

The recovery has been clearer and could be better than expected while there is a greater risk inflation will be higher than projected, the Bank of Thailand officials told an analysts' meeting.

Monetary policy should be adjusted in a timely manner to keep inflation expectations anchored, they said.

Bangkok Post reported that the tourism industry is touted by some as a key growth engine once international visitors are able to travel freely once again.

The Economic Intelligence Center (EIC), a research house under Siam Commercial Bank, stated if tourism doubled in the next few years, it would help offset a slowing export sector plagued by soaring inflation, the Russia-Ukraine war, and China's Covid-19 lockdown measures.

The rating agency said Thailand's economy will expand by 3.2% in 2022, up from 1.5% in 2021, bolstered by improved domestic consumption, still supportive policy settings, and a mild recovery in inbound tourism.

However, a full resumption of tourism inflows to pre-pandemic levels is expected to take a few years, particularly given the slow resumption of arrivals from China.

Thailand's Tourism and Sports Ministry has set an ambitious goal of 10 million inbound tourists for this year. 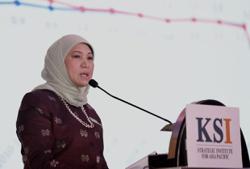