SINGAPORE, May 29 (The Straits Times/ANN): Recent National University of Singapore (NUS) and Nanyang Technological University (NTU) graduates will be able to head to Britain to look for jobs under a new visa designed to give British businesses access to graduates from the world's top universities.

According to the British High Commission in Singapore, the United Kingdom's High Potential Individual (HPI) visa, which will be open to applicants from Monday (May 30), was introduced as part of a broader post-Brexit government strategy to make the country more globally competitive.

The scheme offers visas to people who completed a degree from top universities outside the UK within the last five years.

NUS and NTU appear on the British Home Office's Top Global Universities list, which also includes Harvard, Stanford, and the Massachusetts Institute of Technology in the US, Canada's University of Toronto, Peking University and Tsinghua University in China, and the University of Tokyo in Japan.

International students in British universities are not included in the scheme, as they come under the UK graduate visa scheme, which allows those who have completed a degree within the UK to stay for at least two years after graduating.

Besides having a bachelor's, master's, or a PhD from one of the universities on the list, applicants also have to meet English language requirements and have at least £1,270 (S$2,200) available in cash.

David Leong, who heads recruitment firm PeopleWorldwide Consulting, said that local graduates would find the visa scheme attractive, and added that it should be seen as "brain gain" in the long run rather than "brain drain".

"It is good for young people to go out into the world and gain exposure and experience in vibrant economies. In some industries such as finance, there are many exciting opportunities in London."

He said British firms will be keen on local graduates as they are well trained and have good work ethic. They also have skills, such as the ability to speak Mandarin and other Asian languages, which will give them an edge.

He added: "I say it will be 'brain gain', because I do believe that after a few years, they are likely to come back home. I have seen this with many I have headhunted for jobs.

"They want to come back here once they are married and start a family, for practical reasons such as their children's education. And they come back with good experience and skills, including leadership skills."

Recent NUS law graduate Desmond Lee said he was likely to apply for the visa later this year.

The 27-year-old, who is working in a law firm, is interested in going into the finance industry and has been thinking about heading to London.

"I do corporate law and I am interested in going into fintech because I see many opportunities there. It will be great if I can go to London for a few months, network and look for a job there, instead of trying to do it from here. I could start with a temporary position, while I look for permanent opportunities," he said.

NUS president Tan Eng Chye said he was heartened that NUS graduates are eligible for the new visa and called it a strong validation of the global competitiveness of NUS graduates.

He added: "We will continue to champion interdisciplinary teaching and learning to nurture highly skilled, adaptable and resilient graduates who can make positive contributions as global citizens of the future."

NTU's deputy provost (education) Tan Ooi Kiang said NTU's inclusion in the scheme opens up a world of opportunities for its recent graduates to develop their employment and career prospects in the fifth-largest economy in the world.

He added: "NTU graduates will be well placed to reap the benefits of this new scheme, having been exposed to various overseas offerings as part of the NTU experience, where our students get the opportunity to go on overseas internships and immersion programmes to expand their horizons and develop global perspectives."

But Associate Professor Jason Tan from the National Institute of Education questioned the qualification criteria used for the visa, which leaves out graduates from other Singapore universities.

"The students from the other local universities have similar, and in some disciplines, even better job outcomes. But because their universities do not appear in the top 50 list, they are left out. 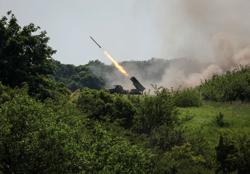