Deputy Health Minister Dante Saksono Harbuwono speaks at a session on hepatitis outbreak with lawmakers at the the House of Representatives on May 23. - Antara

JAKARTA (The Jakarta Post/Asia News Network): Adenovirus infection and post-Covid-19 infection are among a number of working hypotheses the government is investigating regarding the mysterious cause of the outbreak that has infected children across the globe.

Deputy Health Minister Dante Saksono Harbuwono said on Monday (May 23) that one of the likely causes of the acute hepatitis outbreak was adenovirus infection among children.

Adenovirus is a common pathogen that spreads from person to person and typically causes respiratory illness.

“But, as regards to why [adenovirus infection] has suddenly popped up among children, we are still investigating that. We know that around 70 per cent of the children [with acute hepatitis] were infected with the adenovirus,” Dante said during a meeting with the House of Representatives Commission IX, which oversees demographic affairs, health and manpower.

Another possibility, Dante said, was that the hepatitis outbreak could have been a post-Covid-19 infection or the result of an entirely new Covid-19 variant.

This hypothesis is in contrast to a previous statement from a Health Ministry official, who said that none of the patients suspected to have acute hepatitis in Indonesia had tested positive for the coronavirus.

The ministry official added that Dante said that there had been a total of 614 cases thought to be connected to the acute hepatitis from 31 countries across the world.

Indonesia has investigated a total of 33 cases as of Friday (May 19). But only one has been classified as a probable case based on the criteria set out by the World Health Organization (WHO), with 13 others still pending classification and 19 others being ruled out.

Aside from Covid-19 related medical conditions, Dante said that acute hepatitis could also be caused by an unidentified pathogen or viruses among animals that have infected children.

“We are still conducting research ... Currently, investigations into the liver tissue of the infected children are underway,” Dante said. According to Health Ministry records, a majority of the country’s probable or pending-classification hepatitis cases were children younger than five, with most children showing the symptom of fever and a loss of appetite.

Dante said that the government has prepared guidelines for local health clinics and hospitals to deal with children thought to have been infected with acute hepatitis, and that the government will continue to ramp up the country’s surveillance efforts into the mysterious outbreak.

“We will continue to follow global developments and actively communicate with the public, so that people will know early if [their children] start to show the symptoms [linked to the acute hepatitis],” Dante said.

With much not yet known about the illness, WHO has yet to be able to identify clear-cut indicators to confirm the illness, and instead classifies some cases thought to be the acute hepatitis as only probable.

According to WHO, for a case to be considered probable, patients must have tested negative for common viruses that cause hepatitis A, B, C, D and E. The patient must also be younger than 16 years old.

Health experts have previously urged the government to urgently come up with exhaustive protocols for the public, and to conduct more extensive research into the mysterious outbreak.

The Health Ministry reported last week a total of six deaths resulting from the hepatitis outbreak, but it later corrected the figure to four deaths. Health Ministry spokesman Mohammad Syahril told The Jakarta Post on Monday that the two other deaths were omitted because the two cases did not fulfil WHO’s classification criteria. 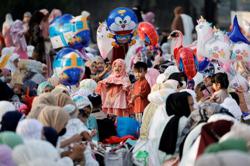 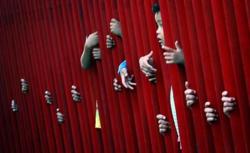