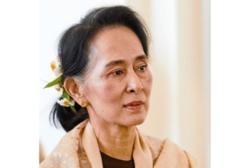 Shunned by western governments, the junta has turned to traditional allies, including Russia and China for support. - Reuters

YANGON, May 20, 2022 (AFP): Myanmar's junta on Thursday evening (May 19) threatened to downgrade diplomatic ties with Australia after it said Canberra would not replace its recently-departed ambassador to the military-run country.

Western governments have led international criticism of last year's coup that ousted Aung San Suu Kyi's administration and unleashed a violent crackdown on dissent, with some imposing sanctions and meeting with opposition figures.

On Monday, Australian media reported that Canberra will not replace ambassador Andrea Faulkner, who finished her term in April, and will send instead a senior official to act as charge d'affaires.

Canberra had communicated the decision to the junta, permanent secretary of the regime's foreign affairs ministry Chan Aye told a press conference on Thursday.

"In response we are also working on having a charge d'affaires" run the Myanmar embassy in Australia, he said, without elaborating on whether Myanmar would recall its ambassador or downgrade their status.

AFP has contacted Australia's Department of Foreign Affairs and Trade for comment.

A meeting between the outgoing Faulkner and junta leader Min Aung Hlaing in April was slammed by rights groups as lending legitimacy to the military.

It also came with detained Australian academic Sean Turnell on trial in a junta court where he is accused of breaking the country's official secrets act and faces 14 years in prison.

Chan Aye also said Britain's recent downgrading of its mission in the country was "unacceptable".

Peter Vowles was appointed as ambassador last July but is now charge d'affaires, according to the British foreign ministry website.

Vowles -- who is currently outside Myanmar -- would not be allowed to return to the country on his current status, Chan Aye said.

Ousted former president and head of state Win Myint is currently on trial in a junta court alongside Suu Kyi.

Recently-arrived ambassadors from India and Saudi Arabia have presented their credentials to Min Aung Hlaing, according to reports in state media.

Any downgrading of ties by Canberra would not be unexpected, former Australian ambassador to Myanmar Christopher Lamb told AFP, adding several other countries had not appointed new ambassadors since the putsch.

"You've got to make a judgement about whether making this decision is going to affect the circumstances of Sean Turnell and they have probably reached the conclusion, which I think is reasonable, that it makes no difference."

Shunned by Western governments, the junta has turned to traditional allies, including Russia and China for support.

It has described Russia's invasion of Ukraine as "justified," backing its major ally and arms supplier.

The junta is otherwise increasingly isolated on the international stage, with Cambodian leader Hun Sen the only foreign leader to visit since the putsch. - AFP