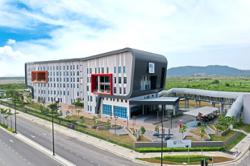 16 courses from NUS and seven from NTU made the global top 10 lists of the QS World University Rankings by subject. - ST FILE

SINGAPORE (The Straits Times/Asia News Network): The National University of Singapore (NUS) and Nanyang Technological University (NTU) have emerged as the top universities in Asia based on global rankings by subjects.

Singapore has 23 university courses - 16 from NUS and seven from NTU - that made it to the global top 10 lists of the Britain-based Quacquarelli Symonds (QS) World University Rankings by subject.

The rankings were released on Wednesday (April 6).

The QS lists are based on a survey of 1,543 universities of which 376 universities are in Asia, taking into account areas such as academic reputation, standing with employers, faculty-to-student ratios and citations per faculty.

Singapore ranked higher than Hong Kong, which has seven courses in the top 10 lists, China has four, and Japan, three.

According to the QS rankings, Singapore has the best higher education system in Asia, based on the Republic's share of programmes in the top 10 global lists. In Asia, the Republic's top spot is followed by Hong Kong, China and Japan.

Globally, Singapore has the fourth-best higher education system in the world, after the United States, Britain and Switzerland.

NUS and NTU stand out in engineering education and research.

Some degree courses made significant jumps in the rankings. NUS' anthropology course shot up from 14th in 2021 to 10th place this year, while the linguistic programme at NUS jumped from 17th to 10th.

"The consistent improvements made by Singaporean institutions in our rankings result from a decade of investment and strategising," said Ben Sowter, research director at QS.

"It was in 2010 after all, that the Singaporean Government inaugurated the Singapore Universities Fund, with a view to avoiding the sort of downturn-driven... funding cuts that have beleaguered universities across the world."