THE nation kicks its presidency of the Group of 20 (G20) into high gear this month with a flurry of activities and events, including forums for CEOs of companies from member countries where they will discuss issues from sustainable development to women’s empowerment.

The Office of the Coordinating Economic Minister, which is responsible for the scheduling and substance of Indonesia’s G20 presidency, said that on Jan 27, representatives of companies from the 20 member countries and another 40 from non-member countries would begin what it called an inception meeting for Business 20 (B20).

More than 1,200 representatives from various firms are expected to join the virtual meeting that will kick off a year-long series of meetings for the business community under the aegis of the G20.

The Indonesian government expects to hold the B20 summit alongside the G20 summit in Bali in October this year and expects marquee names like former Microsoft CEO Bill Gates and SpaceX and Tesla founder Elon Musk to speak at the event.

Preceding the B20 meeting, on Jan 24 Indonesia has organised a forum for CEOs to discuss efforts to increase the leadership capacity of women in the business world.

Indonesia will also use its G20 presidency to showcase its development progress by launching the country’s investment map on Thursday, a side event organised by the Investment Coordinating Board/Investment Ministry. Coordinating Economic Minister Airlangga Hartarto said the business-centred events would allow Indonesia to bring home concrete results from what had traditionally been tedious and drawn-out summitry.

“President Joko Widodo has always wanted to bring in something concrete from Indonesia’s (G20) presidency, something that’s real and tangible for the people and we want the meetings to focus on that,” Airlangga told a press briefing late on Friday.

Airlangga also said Indonesia, learning from past experiences, would only steer G20 toward solving concrete problems like equitable access to Covid-19 vaccines and post-pandemic economic recovery.

He said the G20 leadership would also mark significant progress for Indonesia on the global stage and be a stepping stone for the country to have a more prominent role in the region, including the leadership of Asean. — The Jakarta Post/ANN 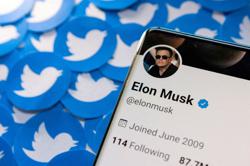 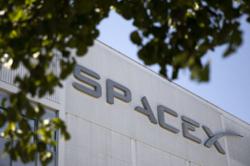