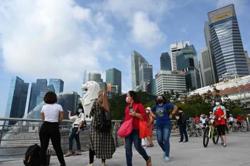 Global warming could result in China being hit by twice as many crop pests and diseases by the end of the century, threatening the country’s food security, scientists have warned.

An international team of researchers said that if the world failed to limit greenhouse gas emissions, causing global temperatures to rise by more than 4 degrees Celsius above preindustrial levels by 2100, there would be a twofold increase in crop pests and diseases (CPDs).

Why did an ancient civilisation collapse? Scientists point to climate

But if the temperature rise could be kept to under 2 degrees Celsius, there would be only a slight increase on 2020 levels, in which case agricultural technology would be key to managing pests.

“With the projected increasing risk of CPD occurrence, the next priority would be to develop adaptive CPD management ... to close the yield gap and feed the ever-rising population without damaging the environment and human health,” the researchers wrote in a paper published in journal Nature Food this month.

China, which has a population of 1.4 billion people, is the world’s largest producer of the main cereal crops (rice, wheat and maize), all of which are the main hosts of pests and diseases such as fungus, according to the researchers.

An analysis by the team of scientists from Britain, China, France, Germany, Sweden and the United States showed that CPD occurrence nationwide has increased fourfold on average between 1970 and 2016, affecting every province in China.

The researchers said the problem is especially severe in two of the main crop-producing areas, the North China Plains and the middle-lower Yangtze Plains in the east.

The team found historical climate change to be responsible for more than one-fifth of the increase in CPD occurrence, especially in northern and southwest China, and identified warmer nighttime temperatures as a major factor.

As an example of the risk facing the nation’s agriculture, they cited the fall armyworm, which feeds on crops.

In 2019, the pest spread to 26 provinces, infesting more than 112 million hectares of cropland – and the team warned it is “expected to cause greater damage in the coming years”.

The researchers based their analysis on more than 5,000 survey records reported by China’s National Agricultural Technology Extension and Service Centre.

They also said that the fall in the number of frost days may significantly boost the spread of crop pests and diseases under the “business-as-usual” scenario in which the world did little in climate change control.

“The higher overwintering survival rate means a larger population of first-generation pests the next year,” they said.

“Given that most of the global breadbasket is located in the temperate zones, a lower number of frost days per year in this region in a warming future can exacerbate CPD occurrence in main crop-producing regions, which may affect the global crop supply and international agricultural trade.”

“When the nighttime temperature increases and the number of frost days – on which some pests could die – drops, the environment becomes more favourable for these pests and the host crops may suffer more,” one of the study’s co-authors Wang Xuhui, an assistant professor at Peking University’s College of Urban and Environmental Sciences, said. “Under future climate change, crops are exposed to more risks posed by pests and diseases, which could threaten food security.

“But the loss in harvest could be limited if suitable management and technologies could be applied to minimise the impacts of pests and diseases on crops,” he said, urging policymakers to further support future risk assessments and agricultural technology advancement. 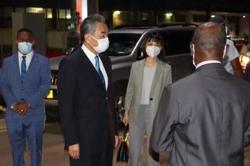