Tanjong Katong Complex to be closed for renovation from 2023 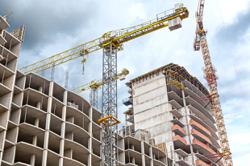 Built in 1984, the four-storey Tanjong Katong Complex is known for its wide assortment of shops that cater to the Malay community in Singapore. - ST

SINGAPORE (The Straits Times/Asia News Network): The iconic Tanjong Katong Complex, a shopping mall in Geylang Serai frequented by Malays here, will be closed for major renovation works from the second half of 2023, as part of plans to increase its footfall and transform the district.

The upgrading works, which will last for about three years, will introduce a rooftop area for restaurants and provide more spaces for community programmes in the 37-year-old building, said the Singapore Land Authority (SLA) on Wednesday (Dec 8).

But it added that the building's cultural and heritage value will remain, and that the new version of the complex will retain iconic elements of its design, such as its slanted columns.

An SLA spokesman told The Straits Times that renovation works will begin from Aug 2023 and are targeted to be completed by July 2026.

The complex's 106 tenants, whose tenancies will all expire by Dec 31 next year, will be given a six-month extension.

SLA said this will allow them to benefit from more sales during the festive Hari Raya period in April 2023 and give them more time to relocate.

It also encouraged these tenants to find alternative locations and said that those who wish to consider state properties can participate in open tenders. SLA added that it will work closely with these tenants to assist with their transition plans.

Built in 1984, the four-storey Tanjong Katong Complex is known for its wide assortment of shops that cater to the Malay community here, and many go there to make purchases for Hari Raya or to get items needed for celebrations such as weddings.

"Tanjong Katong Complex has not undergone any major upgrading works since it was built and its current mechanical and electrical systems are old and in urgent need of replacement," said SLA.

"It is timely for the 37-year-old building to be rejuvenated and given a new lease of life to complement the new developments in the surrounding area."

A thoroughfare in the updated version of the building will link a new entrance that will be constructed to other parts of the mall, and additional space will be created within the building as well.

SLA said that in planning for the upgrading, it has incorporated feedback from the community, which included suggestions to retain the building.

Suggestions also included refreshing the complex's facade to complement newer developments in the vicinity by allowing more light into the building and increasing visibility in its interior.

The mall has a special and unique place in Singapore and the rejuvenated mall will add vibrancy to the area, said SLA's chief executive Colin Low.

"The rejuvenated Tanjong Katong Complex will add vibrancy to the area and make the Geylang Serai precinct a distinctive cultural belt for the community and for all Singaporeans," he said.

"Residents and the community can look forward to a rejuvenated development with more retail, food and beverage choices and improved facilities and services."

SLA said the plans to rejuvenate Tanjong Katong Complex are part of the move to transform Geylang Serai, which stretches from the mall to Kampong Ubi Community Centre, into a distinctive cultural belt.

Prime Minister Lee Hsien Loong said during the 2018 National Day Rally that more can be done to make Geylang Serai a precinct that is culturally distinctive.

In consultation with the community, including past and present residents of Geylang Serai, ideas have been generated over the last two years involving the creation of new and improved public infrastructure along the Geylang Serai district. 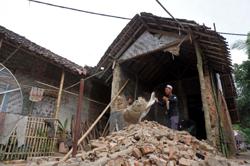 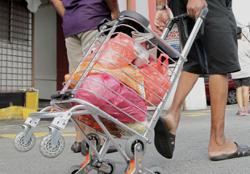