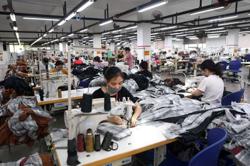 HANOI (Vietnam News/Asia News Network): The European Union has a large demand for imported agricultural products and, thanks to the EU-Vietnam Free Trade Agreement (EVFTA), Vietnamese businesses have a unique opportunity to take advantage of this. However, local businesses need to strictly comply with European regulations to avoid losses when exporting to the region.

For food products, the EU has strict requirements and regulations on product quality and the maximum residue level (MRL) of pesticides.

Trade counsellor Trần Ngọc Quân, head of the Vietnam Trade Office in Belgium and EU, said that most regulations across the bloc are similar when it comes to agricultural and food products.

Germany, Austria, the UK, Netherlands and Belgium do have stricter and higher MRL levels than the standard EU regulations, though these vary with different active ingredients, fresh produce and processed products.

Đặng Phúc Nguyên, General Secretary of the Vietnam Fruit and Vegetable Association, said that while Vietnamese fruits and vegetables are more competitive than those from countries without a European trade agreement, exporters must focus on improving MRL levels.

Nguyên said: “If enterprises exporting to the EU do not comply with the regulations, they face the risk of increased levels of inspections, supervision and perhaps even being banned from exporting to these markets in the future.

“The EU applies these regulations very strictly. Enterprises that want to export to the EU must obtain certificates and production levels according to GlobalGAP."

Nguyên added that violators run the risk of incurring heavy losses if they are caught.

According to the new EU regulation No 2021/1900, effective from Nov 23, the frequency of pesticide testing on Vietnamese herbs and fruits will increase. Of this, 50 per cent of testing will be applied to coriander, basil, mint, parsley, beans corn and pepper and 10 per cent will be applied to dragon fruit.

Nguyên said that as vegetable products in Vietnam often have pesticides, some samples and consignments will be tested for residue. The EU has also increased the frequency of testing, adding that the more enterprises violate the regulations, the more frequent inspections will be.

He said bans on export to the EU could be applied to violators.

According to a representative of the Vietnam Pepper Association (VPA), the EU's increase in testing will raise difficulties in exporting to the EU and will invite increased competition from other countries.

"In order to avoid violations, businesses must do better at testing products when exporting, as well as strengthening production links to create a clean and safe raw material area," said a representative of VPA.

The EU also conducts post-inspections away from ports, so even though goods are being consumed or sold at supermarkets or shops, if they are not of good quality they can still be recalled, said Nguyên.

Using the example of a Vietnamese pepper export enterprise that was refused by Spain when its product was tested at the border gate recently, Nguyên said that if the violation was discovered when the product was already on shelves it would cause larger financial damage to the Vietnamese exporter.

Nguyễn Minh Liên, General Director of Vinamex Company which purchases Vietnamese goods for export to the EU market, shared that some Vietnamese enterprises do not pay due attention to food safety issues. Liên added that due to the post-inspection of the EU market, some have had to pay fines and incur additional costs due to poor quality products.

In addition, Liên said some basic errors like incorrect packaging leads to products being returned or sold cheaper to other markets.

Liên noted when exporting goods to the EU, Vietnamese businesses must work closely with importers on product quality, packaging and contract inspection to avoid loss and damage.

She said supermarkets in the EU do not directly import goods from Vietnam, so local enterprises should cooperate with importers to arrange products at the warehouse before entering the retail market there.

Considering EU customers are increasingly interested in buying products from businesses that contribute to community development and the environment, Nguyên said: "Sustainable development should be a long-term direction for export businesses in Vietnam."

At the same time, even enterprises and manufacturers that follow the GlobalGAP requirements must pay attention to the plant protection ingredients that the EU bans or restricts, as some may be different from the GlobalGAP. 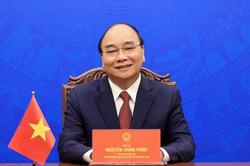 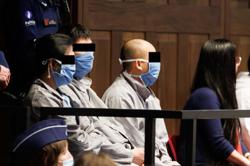