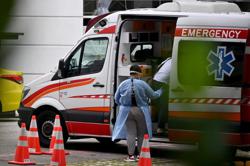 People suspected of having the new Omicron coronavirus variant will not be allowed to recover at home. - The Straits Times/ANN

SINGAPORE, Nov 30 (The Straits Times/ANN): People suspected of having the new Omicron coronavirus variant will be isolated at the National Centre for Infectious Diseases until doctors are confident they are no longer infectious through repeat testing.

They will not be allowed to recover at home, said Health Minister Ong Ye Kung on Tuesday (Nov 30).

Full contact tracing will also be carried out for confirmed cases, with patients' close contacts to be quarantined for 10 days at dedicated facilities instead of being able to isolate themselves at home.

Polymerase chain reaction (PCR) tests will be conducted at the start and end of the quarantine period for such individuals, with swab samples prioritised for genetic sequencing to ascertain if they have the Omicron variant.

"The healthcare protocols will be a lot stricter and quite similar to the initial protocols we implemented when we first encountered Covid-19," Ong, co-chair of the multi-ministry task force tackling the pandemic, said at a press conference.

The new variant, first detected in South Africa, has been classified as a variant of concern by the World Health Organisation.

A variant of concern is one that shows evidence of higher transmissibility and virulence, leading to more severe disease that requires hospitalisation and causing deaths.

Four other variants fall into this category, including the currently dominant Delta variant.

Ong also noted that a particular PCR test, produced by biotechnology firm ThermoFisher, can indicate if a person is likely to have been infected by the Omicron variant.

This test will be prioritised for use on travellers, he said, adding that it is not foolproof but will allow Singapore to act faster and implement differentiated healthcare protocols.

In a way, people can think about it as having two separate viruses in Singapore, Ong said.

"We'll have two separate variants, two separate sets of healthcare protocols. One set for Delta, one set for Omicron, and the way to differentiate it is the ThermoFisher PCR tests," he said.

The minister also stressed that the country must push ahead with vaccination.

"This is absolutely the wrong time to argue that because there are new variants, let's not vaccinate and wait for a new vaccine," he said. "People die because of such arguments and such decisions." 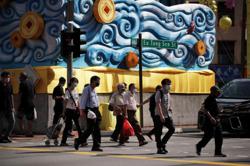 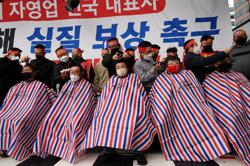