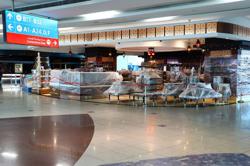 This figure of below 5,000 new caseloads is considered as the lowest since late June.

The CCSA also reported that all of the new deaths recorded were among senior patients aged over 60 years and patients with underlying diseases.

In response to the new Omicron variant of the virus, the CCSA confirmed on Saturday that travelers from eight African nations including Botswana, Eswatini, Lesotho, Malawi, Mozambique, Namibia, South Africa and Zimbabwe would not be allowed to enter Thailand from Dec. 1 onwards.

From Nov. 1 to Nov. 27, 1,007 people had arrived in Thailand from southern Africa and none had tested positive for Covid-19, the CCSA said.

Since the pandemic started early last year, the accumulative number of COVID-19 currently stands at 2,111,566 with a total of 20,734 deaths.

Over 92 million of Covid-19 vaccines have been administered nationwide, with roughly 57 percent of the Thai population have been fully vaccinated against the virus so far. Meanwhile, over 3 million Thais have already received the booster shot.

Meanwhile, The Nation Thailand reported that restaurants in Bangkok will be allowed to serve alcohol until 11pm from Wednesday onwards, city governor Pol General Aswin Kwanmuang announced on Monday.

However, pubs, bars, karaoke joints and other entertainment will remain closed.