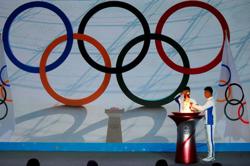 In this image made from video released by Asean Business Advisory Council Brunei, British Prime Minister Boris Johnson delivers a speech via a televised address during the Asean Business and Investment summit, on Oct. 25, 2021. - AP

SINGAPORE (The Straits Times/Asia News Network): British Prime Minister Boris Johnson said he is confident that two-way trade between Britain and Asean totalling some £40 billion (US$74.1 billion) annually before the coronavirus pandemic will rise in coming years.

"Pre-pandemic, we were already doing in the region of £40 billion of business each year with Asean.

"Now, as we all seek to build back better from (the) coronavirus, I want to see that figure rise further still. And I'm sure it will, because global Britain is once again open to the world," he said in a pre-recorded video at the Asean Business and Investment Summit on Monday (Oct 25).

His speech followed Britain being made the first new Dialogue Partner for the 10-nation regional group in 25 years.

The business summit was hosted online by Brunei as this year's Asean chair.

Britain exited the European Union on Jan 1 this year with Johnson seeking to create a more agile "Global Britain".

Johnson in his Monday speech said: "We're embracing new partners and reacquainting ourselves with old friends.

He said Britain and South-east Asia may appear very different on the surface "but take a look under the bonnet and you see deep and enduring ties in business, education, culture, history and more".

Johnson also spoke about next week's COP26 Climate Summit in Glasgow, saying the meeting will be the "last chance to begin the global push to net zero".

"If we can use that opportunity to deliver real, substantive action on coal, cars, cash and trees, then I really do believe that we can not only keep temperature increases below 1.5 degrees, but also usher in a worldwide green industrial revolution - growing economies by cutting emissions."

He encouraged Asean leaders to "use our unique relationship to make the most of this green revolution, and invest in the future, not just of Asean and the United Kingdom but of future generations around the world". 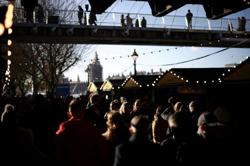