China was accused of a laundry list of trade felonies and economic bullying during a series of attacks by other nations at the World Trade Organisation (WTO) in Geneva, laying bare ﻿growing geopolitical rifts and widening schisms in the multilateral trading system.

The United States, European Union, Japan, Britain, Australia and Canada took part in the pile-on at China’s first WTO trade policy review since 2018, according to a well-placed source.

All WTO members must participate in trade policy reviews, essentially peer-group assessments, along with an in-depth analysis conducted by the WTO secretariat.

China’s commerce minister, Wang Wentao, led a team of 20 officials from seven Chinese agencies via video link, and used the occasion to promote Beijing’s achievements, including its poverty alleviation drive and economic recovery from the Covid-19 pandemic. 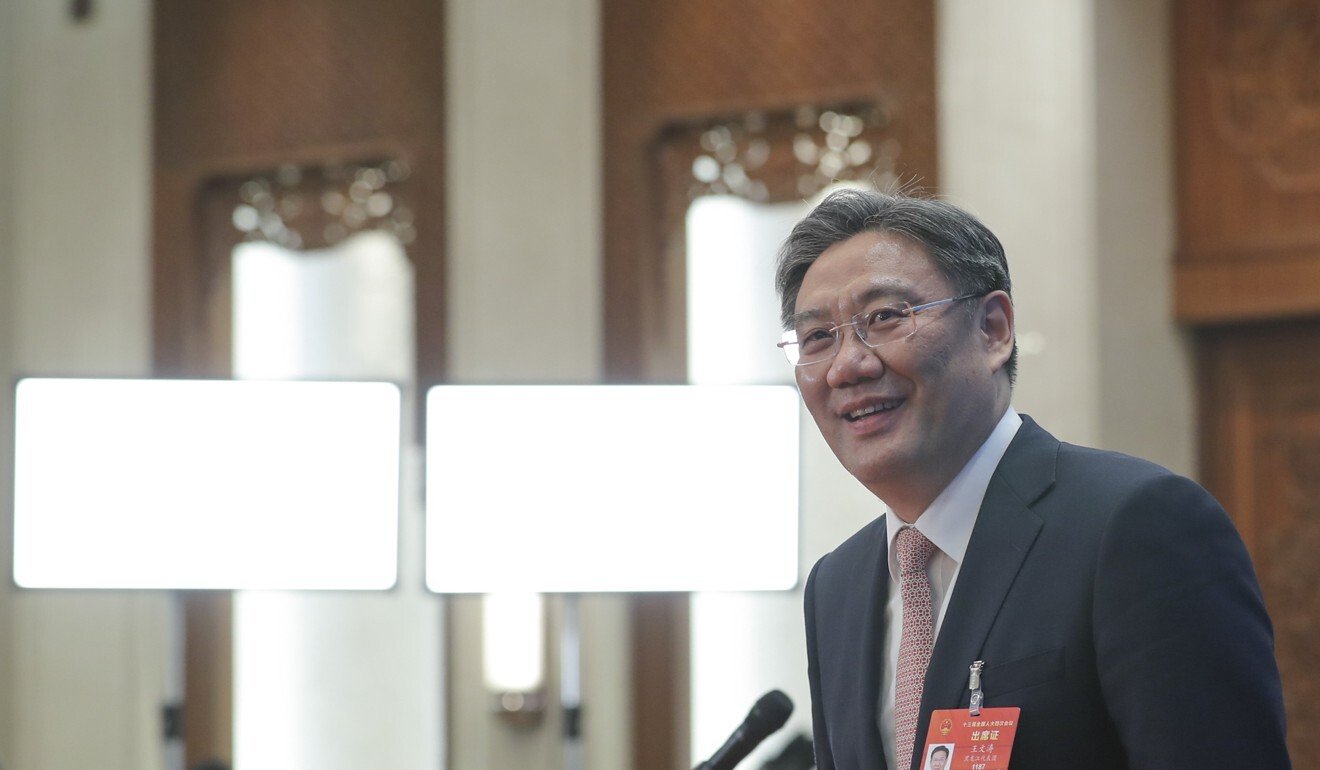 China fielded more than 1,600 written questions from 40 WTO members, most of which were already answered in writing, and will have a chance to defend itself on Friday, during the second part of the review.

The session Wednesday clearly showed widespread dissatisfaction with China‘s trading behaviour, a dramatic change from China’s last review three years ago. Then, only Venezuela referred to “coercive measures”, when – in a thinly veiled swipe at the US – it said it stood with Beijing in “opposing any hegemonic pretensions” that undermine the world trading system.

But on Wednesday, several Western countries decried China’s perceived bullying – a marker of how the mood has soured in Geneva over recent years.

Australia, which has been involved in a trade and diplomatic spat with China since early last year, accused Beijing of “increasingly testing global trade rules and norms by engaging in practices that are inconsistent with WTO commitments”.

Australian businesses in sectors ranging from wine and barley to beef and lobster have seen shipments halted, taxed or banned by Chinese authorities, often for technical reasons. Many have linked the bans to Canberra’s call for an independent investigation into the origins of the coronavirus pandemic.

He referred to a Chinese foreign ministry statement in July that Beijing would not permit “any country to reap benefits from doing business with China while groundlessly accusing and smearing China and undermining China’s core interests based on ideology”.

“﻿WTO rules do not permit a member, however large, to impose conditions such as these on trade with another member,” Mina said, according to the source.

Also in 2018, the Canadian delegation’s remarks were mostly positive about Beijing’s trade policy, thanking China “for its engagement and the hard work of its officials”.

On Wednesday, though, Canada’s envoy highlighted “the recent pattern regarding China‘s growing willingness to deploy economic coercive measures to block or otherwise hinder trade in response to political disagreements”.

Ottawa has linked bans of Canadian products, including beef and canola seed, to its detention of the Huawei executive Meng Wanzhou in Vancouver in 2018 on the request of the United States, which had indicted her of fraud charges. Two Canadians, Michael Kovrig and Michael Spavor, were subsequently arrested in China as the geopolitical feud escalated. Following Meng’s lengthy extradition battle, all three were released last month. 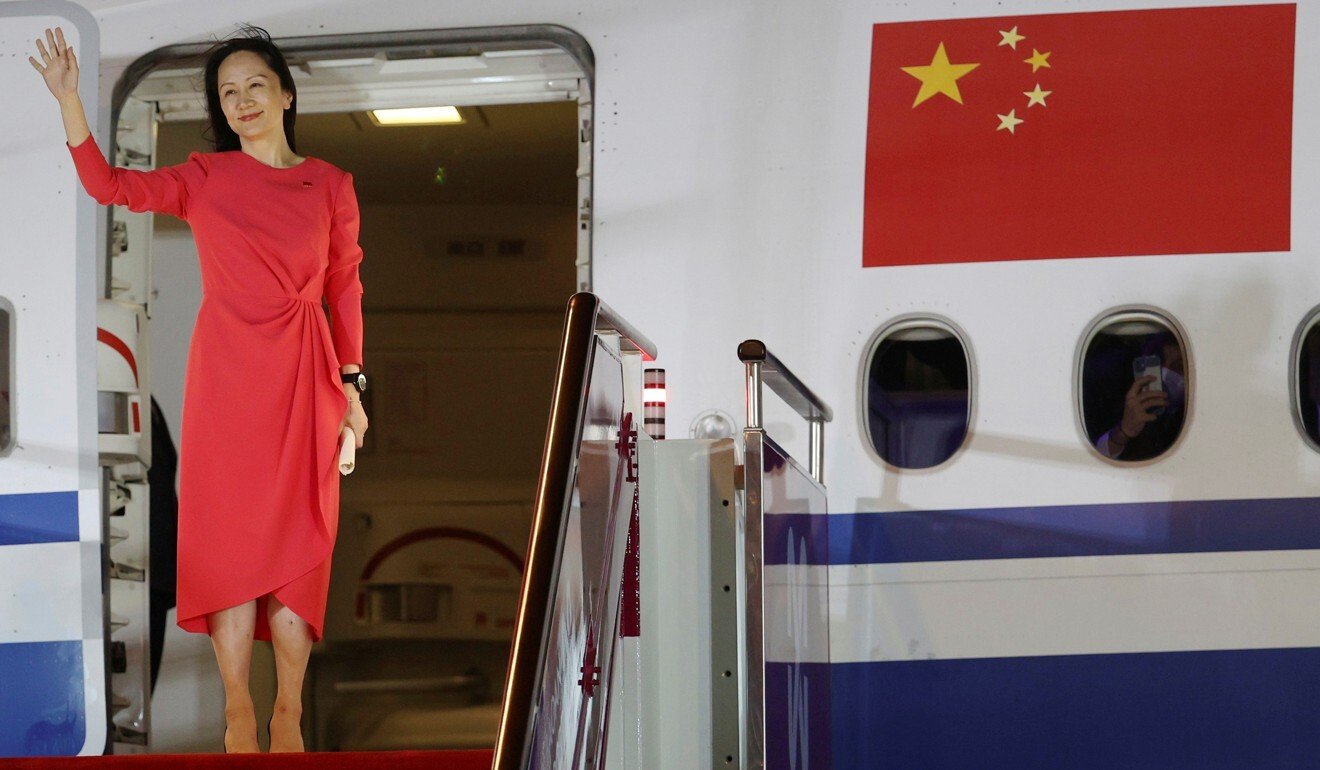 For its part, the US delegation expressed regret that China had not reformed its economy in the manner expected when it acceded to the WTO in 2001.

“Members expected that the terms set forth in China‘s protocol of accession would permanently dismantle existing Chinese policies and practices that were incompatible with an international trading system expressly based on open market-oriented policies. But those expectations have not been realised, and it appears that China has no inclination to change,” according to the statement, attributed to David F. Bisbee, the US chargé d’Affaires at the WTO.

He accused Beijing of using the “imprimatur of WTO membership to become the WTO largest trader, while doubling down on its state-led, non-market approach to trade”.

The British delegation, referring to the UN’s International Labour Organization, called on China to “ratify and effectively implement the ILO forced labour convention”, saying that forced labour is “unacceptable wherever and whenever it occurs”.

This shows that there can be no business as usual
Bryan Mercurio, trade law professor at Chinese University of Hong Kong

In 2018, the European Union “acknowledged the possible benefits that the Belt and Road Initiative may bring” and was “heartened to read how China considers itself as a firm defender of WTO values in its report”.

On Wednesday, however, Brussels criticised “China’s expansive use of an excessively broad concept of national security, negatively affecting foreign companies”.

“It has become increasingly clear that such distortions cannot be sufficiently addressed by current WTO rules,” the EU said in a statement following the forum.

Bryan Mercurio, a professor of trade law at Chinese University of Hong Kong, said the exchanges marked a “turning point” in WTO history.

“This shows that there can be no business as usual and that China can’t expect the return to the pre-Trump days, where the status quo ruled and China could hide in the shadows and almost get away with what it wanted to and not really have anyone care, “ he said.

However, Mercurio called out the US and other nations for a retrospective critique of China’s WTO accession 20 years ago.

“The great mistake was not holding China to account early on and giving it this five-year grace period, which really allowed China to cement its positions. It is a bit rich now to try to call out China for these policies when, in fact, the US and others have done nothing to hold China to account since 2001.”