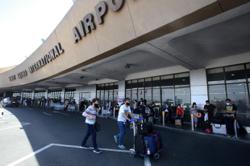 Tuesday's caseload is the lowest since July 28. "The relatively low cases today is due to lower laboratory output on Sunday," the DOH said, adding seven laboratories failed to submit data.

The Philippines, which has around 110 million population, has tested more than 20.5 million people since the outbreak in January 2020.

Meanwhile in an earlier report, the OCTA Research Group on Sunday said the number of daily Covid-19 cases may drop to 5,000 to 6,000 by the end of October.

In a television interview, OCTA fellow Guido David also said that within the week, daily new cases may reach 10,000 because of the backlog.

David noted that reproduction number nationwide is 0.64 and the seven-day average of cases is at 8,400.

Citing the latest data from the Department of Health (DOH), David said the hospital utilisation rate in the National Capital Region (NCR) has gone down to 47 percent, although intensive care unit utilization rate remained high at 59 percent.

"This is a very good reproduction number, positivity rate has improved and considered moderate but the target is still 5 per cent," he said.

However, NCR's average daily attack rate (ADAR), or the number of individuals infected per 100,000 population, is 11.87.

David noted such ADAR is "high risk but it may go down to moderate by next week".

On Saturday, NCR's Alert Level was lowered to Level 3 from Level 4 due to the improvement of the Covid-19 case data. - Xinhua 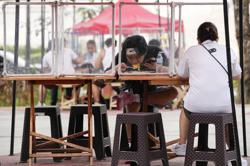