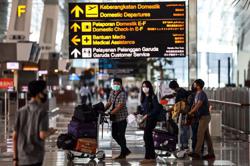 JAKARTA, Oct 15 (dpa): The body of an eight-year-old girl who was eaten by a crocodile on Indonesia's Buru island two days earlier was found on Friday, an official said.

Suci Ramadhani was bathing with her friends on Wednesday when she was attacked by the crocodile in a river in Teluk Kayeli district, said Korpos Rahmad Namlea, a search and rescue official in the city of Ambon.

Locals managed to stab the crocodile with a spear with the girl still in its mouth, but when they cut its stomach open, her body was not found, he said.

The remains of the victim were found in the early hours of Friday.

"The river is known to be infested with saltwater crocodiles," he said. "At least two crocodile attacks have occurred in the past 10 years."

Indonesia has decided to cut an isolation period for people arriving in the country from eight to five days as its resort island of Bali is set for reopening, officials said on Wednesday.

Bali's Ngurah Rai airport will start opening for international flights on Thursday after being shut to foreign travellers for months as Indonesia battled nationwide outbreaks of Covid-19.

"It has been decided that the quarantine period will be cut from eight to five days," said Bali deputy governor Tjokorda Oka Artha Ardhana Sukawati.

But Bali's tourism chief, Putu Astawa, said he did not expect to see an influx of foreigners in the coming days.

"The timing is too abrupt," he was quoted as saying by Bali Post. "Maybe in November we will start seeing" more tourists.

The Justice Ministry on Wednesday issued a decree allowing foreigners coming to Indonesia to make films to use regular tourist visas.

Luhut Pandjaitan, the official in charge of pandemic measures, said on Monday that visitors from 18 countries would be allowed to enter the country starting Thursday (Oct 14). - dpa 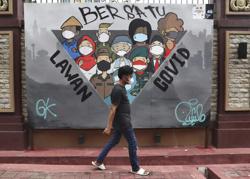