MANILA, Oct 15 (Bloomberg): The US and the Philippines are planning to return to full-scale military drills in 2022 after two years and will invite Australia and the U.K. as observers, in another sign of the Biden administration’s push to deepen ties in the Indo-Pacific and counter China’s assertiveness.

America wants "to increase the complexity and scope” of its military exercises with the Philippines, and plans to invite new partners to join the drills, Admiral John Aquilino, the US Indo-Pacific Command chief, said at a briefing in Manila.

The UK, Australia and Japan are among the "like-minded” countries that could rejoin the drills as observers, Philippine military chief Jose Faustino said at the same briefing.

China doesn’t oppose other nations’ military drills, but hopes "they will not target any third party,” Foreign Ministry spokesman Zhao Lijian said Thursday at a regular press briefing in Beijing.

The ramp-up in military engagement comes after the U.S., U.K. and Australia unveiled a security partnership last month that allows Canberra to acquire nuclear-powered submarine technology.

While some nations in South-East Asia were concerned that the pact would drive a regional arms race, the Philippines was broadly supportive of the move but said that Manila wanted good defense relations with all countries in the Indo-Pacific.

Earlier in his term, Philippine President Rodrigo Duterte wanted to end military exercises with the U.S., as he sought to build ties with China. The drills were canceled in 2020 and scaled down this year due to the pandemic.

In recent months, however, the Philippines has been moving back towards its long-time alliance with the U.S., amid tensions with Beijing over the South China Sea.

Aquilino also repeated America’s commitment that it will stand with the Philippines against threats. The U.S. has also allocated $12.5 million to implement a deal that allows American projects in Philippine military bases, he said. - Bloomberg 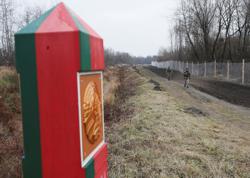