US President Joe Biden (left) said he and Chinese president Xi Jinping (left) spoke and agreed to stick to the existing consensus on managing disputes over Taiwan. - AFP

WASHINGTON (Bloomberg): US President Joe Biden said he and China’s Xi Jinping have reaffirmed their agreement on Taiwan, as top envoys for the two countries were expected to discuss simmering tensions over the democratically ruled island during talks in Zurich.

Biden told reporters after returning from a trip to Michigan that he and the Chinese president spoke and agreed to stick to the existing consensus on managing disputes over the island. While Biden didn’t immediately specify whether he was referring to his widely publicized call with Xi last month, the White House later clarified that the conversation wasn’t new.

"I’ve spoken with Xi about Taiwan,” Biden said outside the White House. "We agree, we will abide by the Taiwan agreement. That’s where we are. And we made it clear that I don’t think he should be doing anything other than abiding by the agreement.”

The president appeared to be referring to a series of US-China communiques that have provided the foundation for diplomatic ties between the two countries over the past four decades.

Although the US recognised the People’s Republic as the "sole legal government of China,” it never clarified its position on Taiwan’s sovereignty and Beijing has increasingly accused Washington of going back on its commitments.

The dispute over Taiwan is expected to be on the agenda when National Security Advisor Jake Sullivan and top Chinese diplomat Yang Jiechi meet in Zurich later Wednesday (Oct 6).

While there had been speculation that Biden and Xi might meet in person at the Group of 20 summit in Rome later this month, Chinese diplomats have informed members that Xi doesn’t currently plan to attend the gathering, Bloomberg News reported Tuesday.

Xi hasn’t left the country since the early days of the pandemic, the longest gap without a foreign trip by any G-20 leader.

Taiwan has been at the centre of displays of military might by both the China and the US in recent days, with the People’s Liberation Army sending scores of warplanes into the island’s air-defence-identification zone. The exercises coincide with naval drills in nearby waters by the US and several allies, including Japan and the UK.

Chinese Foreign Ministry spokeswoman Hua Chunying rebuked the US for what she said was its "extremely erroneous and irresponsible” statements supporting Taiwan.

Taiwan has recently stepped up warnings about China’s military threats, in an apparent appeal for greater international support.

Taiwanese President Tsai Ing-wen said in a piece published in Foreign Affairs magazine Tuesday that the island’s fall "would be catastrophic for regional peace and the democratic alliance system” while Defence Minister Chiu Kuo-cheng said Wednesday that China would be capable of mounting a full-scale invasion by 2025. 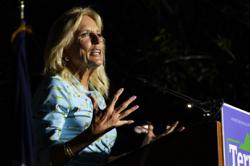 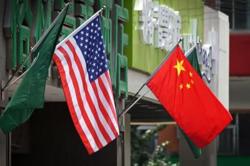