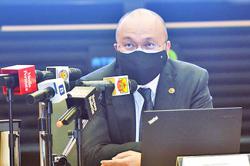 A photo circulating on social media shows health officials during the first mass swabbing at a complex in Kampong Rimba. - BB

The minister said 23 new cases were found from 13 existing active clusters comprising individuals currently being quarantined and were found in contact with several confirmed cases.

“All these new clusters include cases previously reported as cases with unidentified sources of infection,” he said.

Dr Mohd Isham also informed that Clusters 1385 and 1387 have been closed following no new cases reported for 28 days.

He also said more targeted mass swabbing as part of surveillance testing is being planned.

“However, the Ministry of Health (MoH) will not be limiting it to once or twice a week. If the Disease Control Division at the Public Health Services finds a site believed to be a hotspot, then the relevant agencies will issue a notice,” he added during the press conference.

The minister also did not rule out the possibility of conducting mass swabbing at residential areas.

He further explained that mass swabbing is carried out when there are hotspots at certain places. “The term ‘hotspot’ does not necessarily mean a location with many cases, but also where there is a high density of people, such as in dormitories.

“Even if there is only one case, when many people are living in a particular place, it is considered as a hotspot.”

“Alhamdulillah, all went smoothly. More than 300 workers were assembled and brought to a swab centre,” he said.

“The level of cooperation was very good, as the shops were closed early. By afternoon, everything was ready and the workers were waiting to be brought to the swab centre.

“Those notified for the next targetted mass swabbing in advance should have everything ready, rather than closing up shop at the last minute.”

The minister also thanked all the involved agencies on duty that night.

The minister said, “Among the active cases, nine are in critical condition, eight requiring the assistance of artificial ventilation while one case requiring the help of an additional heart–lung machine (ECMO).

“Twenty-four cases in Category 4 have been admitted to the intensive care unit for close monitoring.”

A total of 3,938 samples have been tested for the SARS-CoV-2 virus in the past 24 hours, bringing the total number of laboratory tests conducted since January 2020 to 303,291. 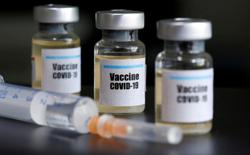