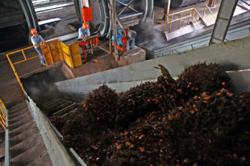 At US$4.74 billion, the trade surplus in August was the highest ever recorded by Statistics Indonesia (BPS), which logs the data since 1993.

It is also more than twice as high as a year earlier, when imports plunged. The BPS data published on Wednesday (Sept 16) also show that exports reached an all-time high at $21.42 billion, up 64.1 per cent from August 2020.

The surge in exports was driven in large part by higher commodity prices, especially for coal and palm oil, Indonesia’s main export goods.

“Both volumes and prices have increased,” BPS head Margo Yuwono said in an online press conference on Wednesday. “[Exports] are high because of palm oil and coal, which are rising in price.”

From August to September, the country’s benchmark coal price rose by another 14.53 percent to a decade-high of $150.03 per ton, according to the Energy and Mineral Resources Ministry, which bodes well for upcoming trade reports.

Both exports and imports rebounded in August from a slowdown in July, attributed largely to emergency pandemic curbs enforced in response to a spike in virus cases and deaths driven by the highly contagious Delta variant.

Mining exports led the rebound by growing 162.89 per cent year-on-year (yoy) to $3.64 billion in August, followed by oil, gas and manufacturing.

Exports to China rose the most, adding $1.21 billion month-to-month (mtm) in August, followed by shipments to India, Japan, the United States and Kenya. China and India are the predominant destinations for Indonesian coal.

The improvement in trade figures is in line with a rebound in the country’s manufacturing Purchasing Managers’ Index (PMI) to 43.7 in August from 40.1 in July, data from business information company IHS Markit show.

That is still below the 50-point threshold separating expansion and contraction in factory activity.

The trade surplus is more than twice the $2.32 billion forecast by economists at state-owned Bank Mandiri, the country’s largest bank by assets.

The annual growth of both exports and imports is also higher than the forecasts of 36.77 and 44.65 percent, respectively.

“As we expect that level 3 and level 4 restrictions will continue to be relaxed going forward, thus improving domestic demand to some degree, we maintain our view that the [...] trade balance surplus will tend to shrink toward the end of 2021,” Andry Asmoro, the chief economist of the publicly listed bank, wrote in a preview note.

Shinta Kamdani, the deputy chairwoman of the Indonesian Chamber of Commerce and Industry (Kadin), said the rise in imports was driven by the relaxation of mobility restrictions, which had helped manufacturers in Java and Bali.

"Aside from that, another minor factor is the preparation in production for year-end supplies in several industries, whether export-orientated or not," Shinta told The Jakarta Post, adding that the full impact of this factor was expected to be seen in September. 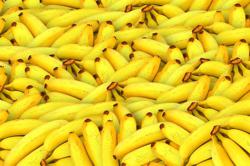