Working closely with the Ministry of Health (MoH) and the Ministry of Defence, the personnel have been deployed to several locations nationwide as part of the military support for swab testing and vaccine delivery programme.

British High Commissioner to Brunei Darussalam John Virgoe said, “I am very pleased that the British Garrison personnel are working alongside Bruneian frontliners in the fight against Covid-19.

"The United Kingdom (UK) is committed to supporting Brunei, reflecting the close relationship between our two countries.”

At the Bridex Hall in Jerudong, 20 personnel from the Second Battalion of the Royal Gurkha Rifles are conducting PCR swab testing with their Bruneian counterparts.

This is part of a broader contribution of the British Forces Brunei towards the national effort, which has seen British soldiers administering vaccinations and providing planning advice to the MoH.

“Our service personnel are working tirelessly alongside their Bruneian partners and other volunteers to help control the spread of this virus,” BFB Commander Lieutenant Colonel Andrew Todd MBE said during his visit to the swab test centre recently.

He added, “We are committed in our support to Brunei during this outbreak. We will stand with the MoH and Royal Brunei Armed Forces to support swab testing, vaccinations or any other task during this most challenging time.” - Borneo Bulletin/ANN 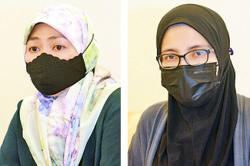 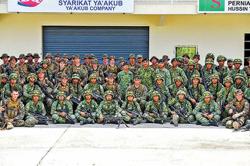