VIENTIANE, Aug 1 (Vientiane Times/ANN): Lao nationals seeking jobs with companies or factories can register with village authorities, who will help them to find new employment following job losses due to the Covid-19 pandemic.

The Ministry of Labour and Social Welfare has instructed its departments around the country to coordinate with local authorities in providing detailed information about the number of unemployed people in need of assistance.

There has been a spike in the number of people out of work after thousands of people have lost their jobs because their employers ceased operations and laid off staff when the pandemic struck.

A senior official from the ministry’s Department of Labour Skill Development said that reporters about the policies and measures being introduced to assist unemployed people.

The ministry advises unemployed workers to register with their villages or contact district Labour and Social Welfare offices to ask for help in finding work.

Assistance is being provided to people who have recently returned from Thailand and other neighbouring countries after losing their jobs because of the pandemic.

The ministry has urged the government to accelerate efforts to aid people who are jobless, saying state intervention is necessary after the lockdown forced many businesses to suspend operations, and furlough or retrench workers.

Many businesses closed during the lockdown and authorities are hoping for a quick rebound in employment as restrictions are lifted.

An anonymous official from the Hadxaifong Labour and Social Welfare office said many people in Nahai village are now jobless because of the pandemic and many households are facing financial hardship.

“We are collecting detailed information about the number of people in need of assistance so we can quickly implement government measures to assist those who are unemployed.

But there are difficulties because the greatest demand in Laos is for factory workers while most people in Vientiane who are unemployed are construction workers.

Companies in Hadxaifong district are seeking about 2,000 new employees, while at least 20,000 people are needed to fill vacancies in factories in Vientiane, according to a report from the Ministry of Labour and Social Welfare presented to the government.

The report was part of government attempts to review policies and measures for the relief of unemployed people.

Some 246,757 Lao workers have returned from Thailand since the pandemic began, with about 150,000 coming back in 2020. The number of returnees is increasing day by day, Lao and Thai officials reported at a virtual meeting convened on July 9. - Vientiane Times/ANN 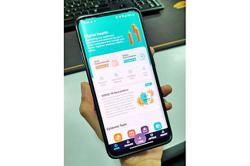