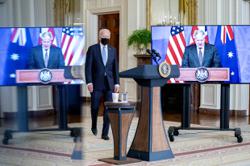 SINGAPORE, July 31 (Bloomberg): President Joe Biden has selected tech entrepreneur Jonathan Kaplan (pic) to be the next US ambassador to Singapore, planning to fill a position in the critical Pacific trade hub that hasn’t had a formal US ambassador since the end of the Obama administration in early 2017.

Kaplan, whose appointment requires Senate confirmation, was CEO of Pure Digital Technologies when he invented the Flip video camera, according to a biography released by the White House. The company was sold to Cisco in 2009 for US$590 million.

Kaplan left Cisco shortly before it closed the Flip unit and emerged with a fast-casual restaurant startup concept similar to Chipotle Mexican Grill Inc. but for grilled cheese sandwiches.

The Melt restaurant was another place of tech innovation -- one of the first chains to let customers pre-order food for takeaway on their smartphones. Although the company was a modest success it never reached the disruptive status he’d targeted and Kaplan departed in 2016.

Kaplan is currently chairperson of EducationSuperHighway, a nonprofit that seeks to connect US public schools with access to high-speed internet.

In Singapore, Kaplan would find both a wonderland of inexpensive food, beloved by the late culinary star Anthony Bourdain, and also an emerging tech hub where would-be unicorns across Southeast Asia come to find talent and financing.

It’s also a critical pivot point between the U.S. and China. Singapore maintains warm relations with both powers, deliberately refusing to choose sides.

The US and Chinese embassy compounds are among the largest in the city-state, situated about a five minutes’ walk from each other in the prestigious Tanglin neighborhood.

US Defence Secretary Lloyd Austin this week chose Singapore for a major speech outlining the Biden administration’s plans for the Pacific, and its intent to challenge what he said was China’s aggression in the region.

Yet despite Singapore’s strategic significance, the U.S. hasn’t had an ambassador here since January 2017. President Donald Trump nominated K.T. McFarland to fill the spot but the Senate declined to take up her nomination. Lacking support to advance, she withdrew from consideration in early 2018. 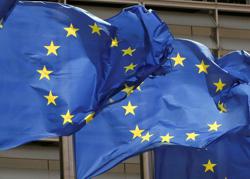