A 2020 photo shows migrant workers at a dormitory in Singapore. - The Straits Times/ANN

SINGAPORE, July 11 (The Straits Times/ANN): Migrant worker John Britto was terrified when he received a lawyer's letter asserting he had failed as a supervisor in taking care of a colleague who had suffered an injury at work.

Fortunately, the 37-year-old Indian national sought advice from non-governmental organisation Migrant Workers' Centre, which told him he was not at fault for the incident.

The claim in the letter, sent in 2019, was eventually withdrawn, he told The Straits Times.

Now migrant workers in Singapore like Britto may be in a better position to seek help, with the launch of the Migrant Workers' Group (MWG) on Saturday (July 10).

A coalition of about 20 organisations and the Law Society Pro Bono Services (LSPBS), the MWG aims to foster greater collaboration between organisations in enhancing legal awareness and access to justice for the migrant worker community in Singapore.

The coalition will allow the LSPBS, which is the Law Society's pro bono arm, and other organisations to coordinate efforts in providing legal aid for workers.

Organisations in the coalition include law firms Allen & Gledhill and Lee Shergill LLP, non-governmental organisations Project X and the Humanitarian Organisation for Migration Economics, and the National University of Singapore.

It was originally planned to be launched in the fourth quarter of 2019, but postponed due to the Covid-19 pandemic.

With the MWG, there will be an increased focus on giving talks for migrant workers in languages they are conversant in - to educate and inform them of their legal rights.

The LSPBS, a registered charity, will also continue to provide pro bono or subsidised legal representation to those in need through its various existing schemes.

In his speech at Saturday's launch, Vijayendran noted that the difficulties in pursuing legal action here are compounded for migrant workers, given the unequal bargaining power with their employers and practical legal obstacles such as language barriers.

"In addition, when migrant workers become embroiled in disputes with their employers, psychologically, there would be a natural fear of losing their jobs, forced repatriation, and loss of income while claim proceedings are ongoing, " he added.

"We will also be working closely with our migrant worker organisation partners to afford a suite of complementary services such as psychosocial and other forms of support to the target demographic, " the Law Society president said.

Vijayendran told ST that some members of the coalition had begun meeting in 2018, as part of efforts to build relationships.

"And through that way, we realised... that there is a need to bring all the relevant players in the ecosystem together on a common platform, " he said.

Project X spokesman Vanessa Ho told ST that the organisation, which looks out for the welfare and rights of sex workers in Singapore, decided to be part of MWG as there are many migrant sex and entertainment workers here.

"We wanted to learn more about the laws protecting these workers, and the resources available to those in distress or who have been exploited, " she added.

A video on workplace injuries and how migrant workers can navigate such issues, by Ms Dipa Swaminathan of non-governmental organisation ItsRainingRaincoats and lawyer Raj Singh Shergill, was also screened at the launch on Saturday.

Senior Minister of State for Defence and Manpower Zaqy Mohamad, who graced the virtual event, said the Ministry of Manpower will continue to educate migrant workers on their rights and responsibilities.

"We will also leverage technology to better detect and address well-being issues, such as our use of the FWMOM Care mobile app to seek direct feedback from workers on salary issues, " he said. - The Straits Times/ANN 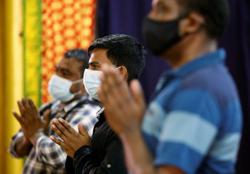