BANGKOK (The Nation/ANN): Forbes ranked the Chearavanont brothers as the richest persons in Thailand in 2021, followed by Chalerm Yoovidhya, Charoen Sirivadhanabhakdi, the Chirathivat family and Sarath Ratanavadi.

According to the Forbes, Thailand’s economy contracted by 6.1 per cent in 2020, recording its biggest drop in more than two decades due to stalled tourism.

Despite a sudden spike in Covid-19 cases this year, the government has pledged to reopen the tourist haven to vaccinated foreign visitors by October, with Phuket having reopened on July 1.

Buoyed by the prospect of a recovery and an uptick in exports, the benchmark stock index surged 43 per cent since fortunes were last measured 15 months ago, the magazine noted. That rise helped boost the combined wealth of the kingdom’s richest men by over a fifth to US$160 billion (THB5.16 trillion), it said.

The tycoons on the 2021 Forbes list of Thailand’s 50 richest added more than 20 per cent to their combined wealth of $160 billion, despite the impact of Covid-19 on the tourism-dependent economy, the magazine said.

The Chearavanont brothers, Dhanin, Jaran, Montri and Sumet, of Charoen Pokphand Group retain their top spot with a net worth of $30.2 billion, up from $27.3 billion last year.

The July 2021 issue of Forbes Asia also featured Bangkok Bank president Chartsiri Sophonpanich on its cover. Chartsiri’s net worth is reported to be $1.15 billion. - The Nation/Asia News Network 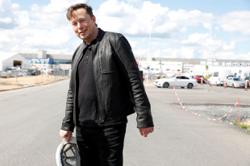