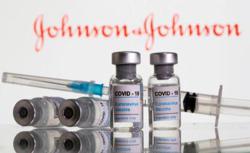 VIENTIANE, June 21 (Vientiane Times/ANN): More than 600 households in 12 villages, and 33 hotels, guesthouses and restaurants along the Xong River in Vangvieng district, Vientiane province, have suffered flood damage, as well as large areas of rice fields.

Vangvieng district governor Mr Bounchan Malavong told Vientiane Times on Friday that after heavy rain on June 13-14 the Xong River overflowed its banks, inundating houses and resorts in the tourist hotspot. The damage is estimated at more than 15 billion kip.

District authorities are now helping local residents to clean up their houses and making plans for the repair of roads and bridges. Four bridges were affected, including the well-known orange bridge that crosses the river on the way to the popular Tham Chang cave.

The owner of the bridge plans to build a stronger and more sophisticated structure in keeping with the bridge’s status as one of the symbolic features of Vangvieng.

Vehicles, roads and more than 80 hectares of farmland have been affected and about 120 cattle, more than 480 pigs and goats, and at least 12, 000 poultry have died.

Local authorities have asked the government to help with the repair of roads, bridges and other structures, Mr Bounchan said. In Xayaboury, provincial authorities are delivering emergency supplies to help thousands of people affected by flooding when tropical storm Koguma lashed the central and northern provinces last weekend. More than 5, 200 households in 56 villages of seven districts were affected and almost 20 houses were swept away by floodwaters, with Xayaboury district the hardest hit area. Total losses are estimated to be at least 94 billion kip.

Provincial authorities are appealing for donations of food, drinking water, rescue boats, water pumps, fuel and money to repair infrastructure and help local residents resume life as normal. At the same time, parts of Xieng Khuang province are also flooded. In Bokeo province, six villages in Phaoudom district have been affected by flooding, where some houses have been swept away by floodwaters, resulting in losses of more than 200 million kip.

Flooding has also damaged roads, bridges and student dormitories. Provincial authorities are helping residents and inspecting the damage, according to the province’s Information, Culture and Tourism Department. - Vientiane Times/ANN 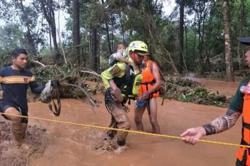 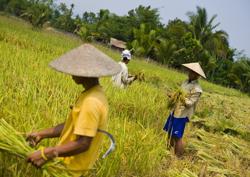