Duterte (left) was criticised by Pacquiao to be 'lacking' and 'disheartening' in his stand on the South China sea. - Reuters/AFP

MANILA (Reuters): Philippine President Rodrigo Duterte has stoked a feud with boxer Manny Pacquiao by criticising his "shallow" foreign policy knowledge, after the senator and eight-division champion said he found the leader's stand on the South China Sea was "lacking".

In a late night interview with SMNI news channel on Tuesday (June 8), Duterte said Pacquiao, a senator and close ally, should "study first" before weighing in.

Pacquiao stood his ground and hit back on Wednesday, when he said the country should pursue dialogue over disputes, but "stand strong in protecting our sovereign rights".

"I am a Filipino voicing out what needs to be said in defence of what has been adjudicated as rightfully ours," Pacquiao said, referring to a 2016 international arbitral ruling won by the Philippines in a case against China.

Though Duterte is hugely popular at home, he has been widely criticised for refusing to confront China over the conduct of its military, coastguard and fishing fleet, which he has repeatedly said would be pointless.

The Philippine defence and diplomatic establishment has spoken out strongly of late over the constant presence of hundreds of Chinese vessels in the Philippines' Exclusive Economic Zone, which they say are manned by militias. China has denied that.

Duterte has said the Philippines owes China a "huge debt" of gratitude for its support in other areas, remarks that did not sit well with Pacquiao.

Pacquiao, 42, had last month said he found Duterte's stance to be "lacking" and "disheartening".

The comments were a surprise, as Pacquiao has long been among Duterte's strongest backers, including over his bloody war on drugs and bid to re-introduce the death penalty.

"I respect the president's opinion but humbly disagree with his assessment of my understanding of foreign policy," said Pacquiao, who is rumoured to be considering running for the presidency next year. 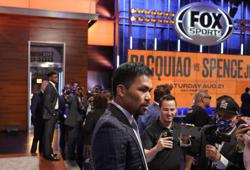 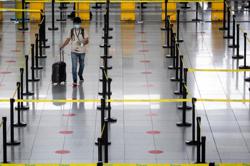