BEIJING: China is encouraging the production of more of its vaccines in overseas countries, especially developing ones, to help ensure supplies and speed up global economic recovery, according to officials and analysts.

To date, China has provided vaccine assistance to more than 80 developing countries and exported Covid-19 doses to over 40 nations, said Mao Junfeng, an official from the Ministry of Industry and Information Technology, the country’s top industry regulator.

The efforts came despite limited production capacity in China and huge domestic demand for vaccines.

“Chinese vaccine companies have been working 24 hours a day at full throttle to speed up production,” Mao said.

China has already provided more than 350 million doses of its Covid-19 vaccines overseas and the nation is trying its best to assist the global fight against the pandemic, Mao said.

The ministry will support qualified Chinese pharmaceutical companies in strengthening international cooperation in vaccine production and expanding the accessibility and affordability of vaccines, he said.

Products manufactured by the China National Pharmaceutical Group, also known as Sinopharm, and Sinovac Biotech have already been included in the World Health Organisation’s list of doses for emergency use.

“In order to ensure the quality and safety of vaccine products, the government supports Sinopharm, Sinovac and Tianjin-based CanSino Biologics Inc to export independently,” said Li.

Li added that China welcomes countries and international organisations in great need of vaccines to directly negotiate with the companies.

Qian Chunying, an official at the Commerce Ministry’s Department of Outward Investment and Economic Cooperation, said that apart from exporting vaccines to countries such as Pakistan, Zimbabwe, Cambodia and the Philippines, China has organised and implemented vaccine aid programmes for 88 countries and four international organisations. — China Daily/ANN 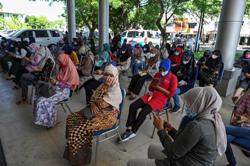