BEIJING (Global Times): Traders and logistics firms are coping with longer waiting times and greater challenges to ship goods after some ports in South China's Guangdong Province, the top trading and manufacturing region for the country, encounter backlogs ahead of a busy Christmas export season due to tighter epidemic prevention measures amid new Covid-19 cases.

At Yantian Port, which is responsible for more than one-third of Guangdong's foreign trade and one-fourth of China's trade with the US, the "butterfly effect" has begun to emerge with slow port operations, crowded docks and delayed shipping dates, industry insiders told the Global Times on Sunday (June 6).

Many cargoes have had to move to neighboring ports, which are now facing backlogs as well, according to the industry insiders.

"Goods delivery is slow, and you have to book in advance to get to the port," a manager with Shenzhen Y.F Logistics Company surnamed Zhang told the Global Times on Sunday.

"From the appointment to the final delivery of a container takes more than 100 hours. But this also depends on the shipping time, which may take longer," said Zhang.

Many ships are waiting to dock at the port, and some are choosing other ports. The nearby Shekou Port is also congested because of the influx of many cargo ships, said Zhang, adding that goods and people on ships need to be screened for epidemic prevention.

"What normally takes one day to be loaded on ships now takes about a week," said Zhang, noting that the container price is also at least 20 per cent higher.

The port congestion is the result of tight anti-epidemic measures amid surging local Covid-19 cases.

Despite the long waiting times, traders and producers said that they understand the necessity of epidemic prevention.

"It's not easy for China to prevent a new epidemic - it's the only country that has been able to do so. This is the reason why we will be able to resume full production and deliver much-needed products to our global clients," said Zhang.

The shoe association has been talking with clients abroad and most of them are willing to accept longer delivery times.

To keep things moving and ensure epidemic prevention, Yantian port's official account issued a new order on Saturday saying that anyone who wants to enter the port must book in advance.

Guangdong is improving coordination of prevention and control work at ports, including Covid-19 vaccinations for all workers at international ports and terminals before June 3, a government report said. Staff at all terminals must also undergo regular nucleic acid tests.

Such measures have helped to ease crowdedness at the port and ensure safety, according to businesses.

"The backlog has been alleviated after the regulations were put in place," a trader surnamed Peng with Shenzhen Ruicheng Logistics, told the Global Times on Sunday.

However, industry insiders said that given the ongoing global epidemic, ports will be under pressure for some time.

What happened at Yantian port is often seen in other countries, where epidemic prevention has disrupted logistics, Kang Shuchun, a director of the China Federation of Logistics and Purchasing, told the Global Times on Sunday.

What happened at Yantian is expected to have a temporary and limited impact on the global supply chain, Kang said. But what is really hurting companies are the high freight rates that have lasted since the second half of last year.

"Due to the epidemic conditions in some other countries, containers that leave China can't come back on time," said Kang.

"The export season for Christmas items normally comes around August and September, and if the container shortage is not resolved, this will be a real problem for the global supply chain," said Kang. - Global Times 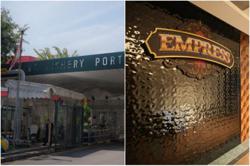