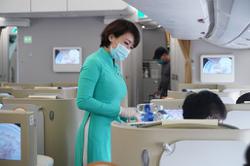 HANOI, June 4 (Reuters): Vietnam Airlines plans to sell 11 Airbus A321 aircraft through an auction, as the South-East Asian country's flag carrier struggles with the economic fallout of the coronavirus pandemic.

The airline, which is 86% owned by the government, said in an announcement posted on its website this week that interested buyers could submit bids by June 29.

The auction of the jets, made between 2004 and 2008, is part of the airline's efforts to rejuvenate its fleet and shore up its financial position during the pandemic, state media cited an unnamed Vietnam Airlines source as saying on Thursday.

The airline did not immediately respond to a request for comment.

Vietnam's Bamboo Airways, owned by property and leisure company FLC Group, is interested in purchasing the newest of the planes offered in the auction, its chief executive officer Dang Tat Thang told Reuters.

"We are operating at full capacity at the moment and seeking to expand our fleet," Thang said by telephone. 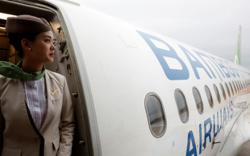