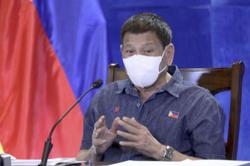 The US space command is closely tracking debris from the large Chinese rocket Long March 5B expected to re-enter the Earth’s atmosphere on Saturday.

In a statement on Tuesday, Pentagon spokesman Mike Howard said the US was aware of and tracking the location of the rocket.

The “exact entry points into the Earth’s atmosphere cannot be pinpointed until within hours of its re-entry, which is expected around May 8”, he said.

“Until then, the 18th Space Control Squadron will be offering daily updates to the rocket body’s location on www.space-track.org beginning May 4. We will provide additional information as it becomes available”.

The 18th Space Control Squadron is at Vandenberg Air Force Base in California. It tracks more than 27,000 man-made objects in space, most of which are in low-earth orbit.

The rocket was used to launch the core module of the Tiangong Space Station on Thursday.

On Tuesday, a person with knowledge of China’s space programme said debris from the rocket was under close watch and was expected to fall in international waters.

The source, who works for China’s manned space programme, said most of the debris would probably burn up while entering the atmosphere because what remained was little more than an empty shell.

Song Zhongping, a former instructor with what became the Chinese military’s rocket corps, said he thought the debris would fall in a safe place such as international waters or uninhabited land.

China is expected to carry out more launches in its space station programme in the coming weeks as it aims to complete the project next year.

Scientists from 16 other countries have joined the Tiangong programme and will contribute engineering expertise or team up with Chinese scientists to conduct a wide range of experiments, according to China’s space authorities.

The re-entry comes a year after debris from the first Long March 5B flight fell on the Ivory Coast, damaging several homes in villages.

“It was seemingly a successful launch, until we started getting information about a re-entry of a rocket body, a re-entry that was really dangerous,” he was quoted as saying by industry website SpaceNews.

“It flew over population centres and it re-entered Earth’s atmosphere. It could have been extremely dangerous. We’re really fortunate in the sense that it doesn’t appear to have hurt anybody.” 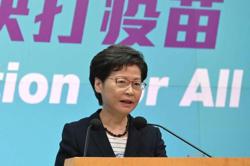