Number of unhappy wives in China more than doubled since 2012

It was one of those midnight musings, so common during adulthood, when the regrets and triumphs of our lives become vibrant characters dancing in our minds.

Liu Fang wrote a simple statement on Weibo that read: “What I regret most in my life is getting married and having a kid. How wonderful to just be alone!” Her post captured an increasingly common reality in China, where many people, primarily women, are questioning the institution of marriage itself.

Liu, 38, has been married for seven years and has a six-year-old son. When she first got married, she expected her happiness to be doubled and her sorrow halved, she said in an interview.

But the Shanghai woman, a white-collar employee at a financial data firm, said: “It turned out to be work tripled. The work in the office, the chores at home and the childcare work; I’ve been thinking about divorce all the time.”

Liu’s experience of being responsible for childcare and housework while maintaining a job is a common reason for unhappiness in a marriage. But so is increasing awareness of domestic violence against women and unfavourable public policies, such as the recently instituted one-month “cooling off period” for couples seeking a divorce.

While experts can debate what is causing such disillusionment, there is no debate that woman are increasingly unhappy in marriage, according to a recent survey.

Last year, almost 20 per cent of married women said they regret getting married, compared with 12 per cent in 2017 and 9 per cent in 2012, the annual China Beautiful Life Survey found.

Only about 7 per cent of men said they regret getting married.

The survey is jointly conducted by the National Bureau of Statistics, China Post Corporation, and the National School of Development at Peking University. It is issued to 100,000 households across China by mail. 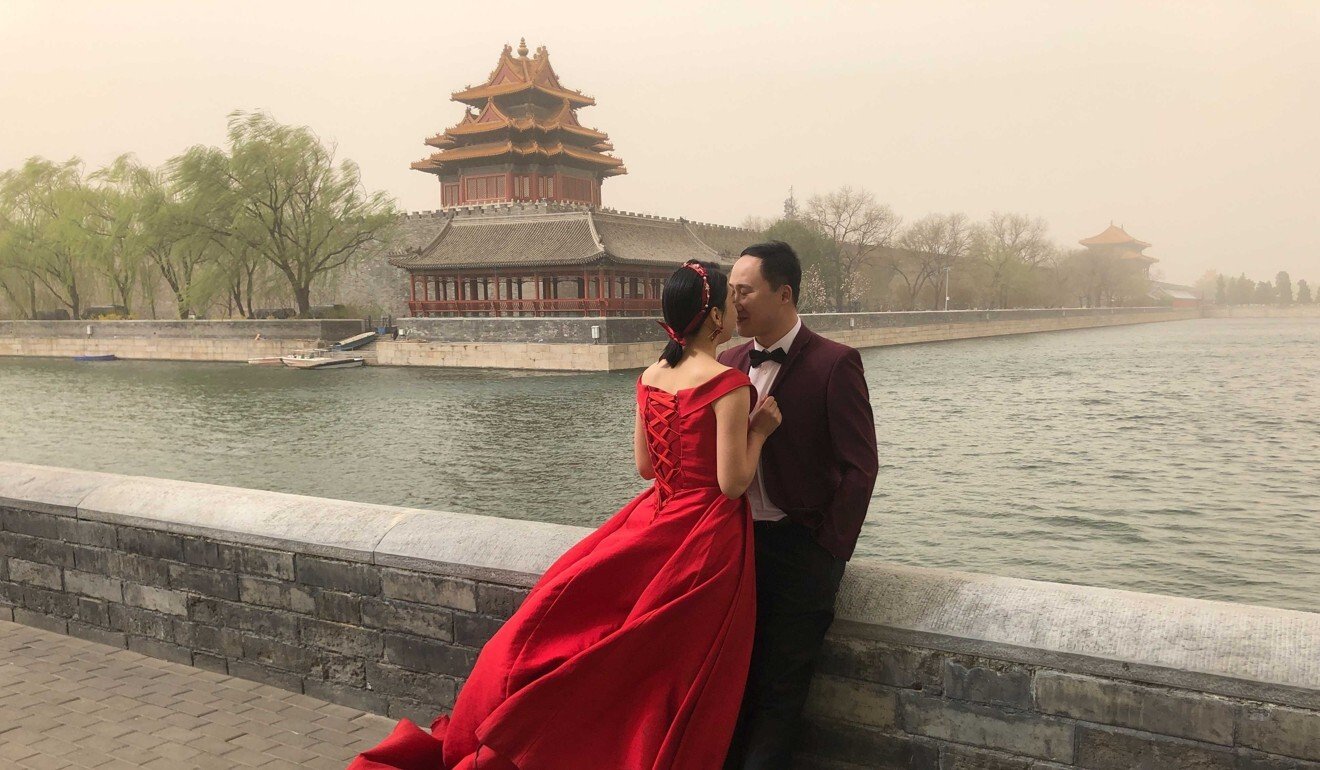 The divorce-to-marriage ratio, or divorces as a percentage of marriages, was slightly above 20 per cent in 2009. In 2019 it hit 50 per cent, according to data from the Ministry of Civil Affairs.

The ratio dropped in 2020, the year of the coronavirus pandemic, but still remained high at above 45 per cent.

And most often it was the wife who initiated the break-up. According to data from the Supreme People’s Court, more than 73 per cent of divorce cases heard by all courts around China in 2017 were brought by women.

The government also appears aware of rising divorces, and on January 1, 2021 it implemented a law that requires couples to go through a 30-day “cooling off period” before they can complete the split. At the end of 2020, that impending law resulted in a rush of divorces so couples could avoid the cooling-off period.

Zhu Nan, a postdoctoral fellow at Macau University’s Department of Psychology, said one plausible reason for the satisfaction gap between wives and husbands could be men not doing their fair share of chores at home, which is a global issue.

“In most societies that researchers study, uneven divisions of household labour (usually favouring men) were significantly associated with marital dissatisfaction,” he said.

Zhu pointed out that the survey led by CCTV may not be methodologically rigorous compared with academic studies, and the findings may not precisely reflect the reality.

Among married fathers, 56 per cent said they are very satisfied with their spouse’s approach to parenting, compared with 42 per cent of married mothers. Chinese women’s labour participation rate remains high at above 60 per cent, one of the highest in the Asia-Pacific region, so many mothers are also working. But often, women are still charged with competing for their kids’ education, which is remarkably fierce in China, Huang said.

“They invest a lot of energy and time into their family, often far more than their husbands do ... Dissatisfaction arises when the responsibilities the two sides take are inconsistent,” she said.

This is especially true with those between the ages of 36 and 45, who, the CCTV survey found, are the most unhappy. Huang said it could be because they are at the most tiring stage of life.

Growing media reports about violence against women, including several horrifying murders of women by their husbands, may also have disappointed those in marriage, Huang said.

“All this has made marriage less anticipated by women,” she said.

Between March 2016, when China enforced its first Anti-Domestic Violence Law, and the end of 2019, media reports showed at least 942 people died as a direct result of domestic violence, according to an annual report on the implementation of the law released in March by the Beijing-based women’s rights group Equality.

In 525 domestic violence cases that it studied, 85 per cent of the victims were female. Among them, most were between the ages of 18 and 60, meaning that married women were more likely to suffer from domestic violence, it said.

Many domestic violence cases were likely not counted because they happened in remote or underdeveloped areas that lack support from the media or NGOs.

“Many cases just sparked a short-term discussion and soon disappeared in the ocean of new information. Some high-profile cases ended up without any follow-up reporting,” the report said. 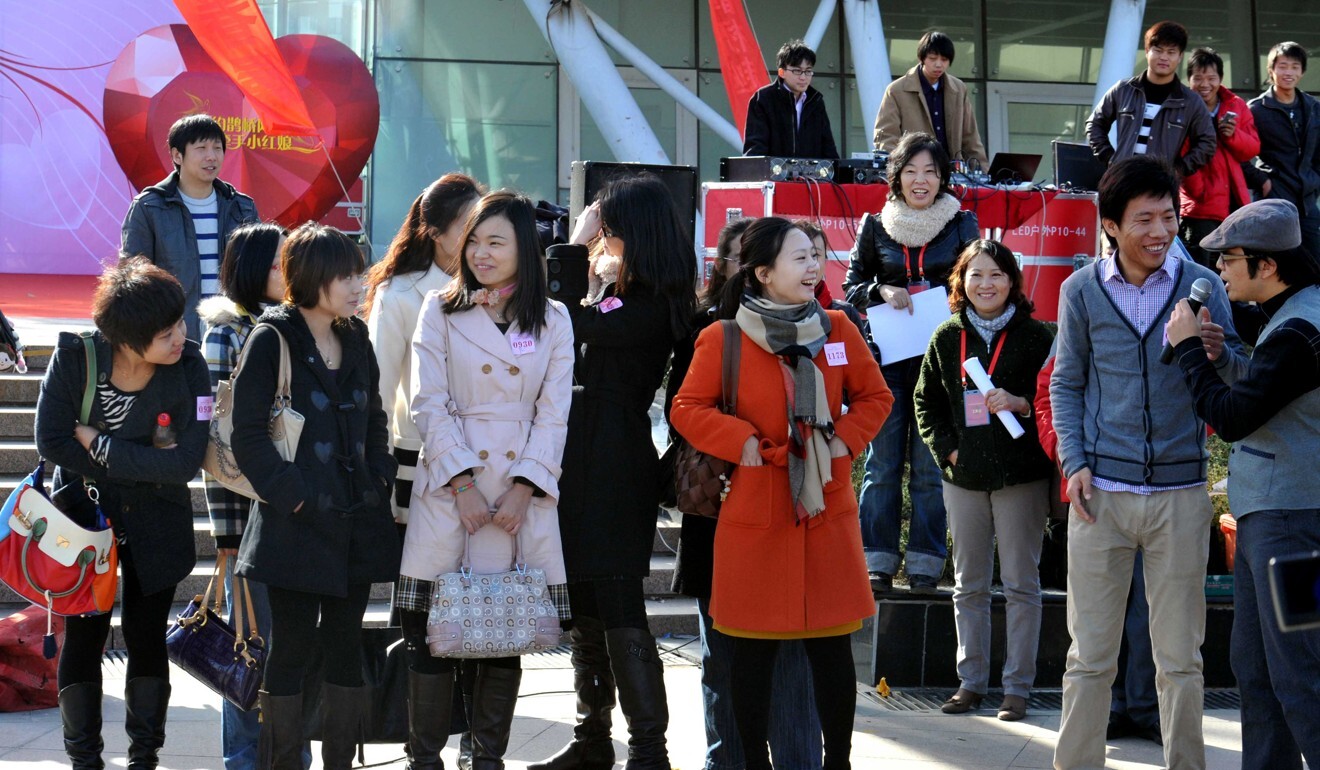 Besides domestic violence concerns, some major changes in public policy are also putting women off marriage.

Hou Hongbin, a Guangzhou-based feminist writer, said: “The authorities have banned betrothal gifts from the groom’s family, but not dowries from the bride’s family. When it comes to domestic violence, local authorities often condone such behaviour and women have nowhere to hide.”

Women are under more pressure to bear children after the Chinese government abolished the one-child policy in 2015 and began encouraging families to raise two children amid concerns about the quickly ageing population, she said. Women may avoid getting married if they do not want to have children.

Zhu, the researcher in psychology, said that the fact that wives are less happy should prompt a re-evaluation of the cultural conceptualisation of the value of marriage.

“Getting married should no longer be the end goal for men and women, and we should stop putting overwhelming emphasis on that,” he said.

“Broadly speaking, people in China are slowly discarding the traditional conceptualisation of marriages, in which men are supposed to invest more in pursuing girlfriends, whereas women are supposed to sacrifice her well-being for the family.

“The new ideal, of course, is for both men and women to shoulder about half of the responsibilities at home,” he said.

And, as noted by Huang from East China University, women are starting to imagine different lives for themselves.

“They start to realise that people do not necessarily need to get married,” she said.

Liu, the unhappily married mother in Shanghai, said several of her friends remained single and they seem to lead a better life than she does.

“I cannot deny that I envy them very much, at least at this phase of my life. They belong to themselves, having time of their own either for leisure or career development. Perhaps when my boy is older, I’ll join them,” she said.