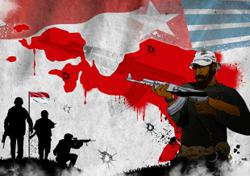 JAKARTA, May 2 (Jakarta Post/ANN): The government’s recent decision to classify armed criminal groups (KKB) in Papua and West Papua as terrorists has been met with fierce criticism from rights groups and a local administration, which all feared that it would only make things worse in the restive regions.

Amnesty International Indonesia executive director Usman Hamid said the designation showed the government's failure to address the root of Papua’s problems and could lead to more human rights violations in the country's easternmost provinces rather than helping the Papuan people.

“Based on our monitoring, military and police personnel allegedly often justify the killing of Papuan people by claiming that they were members of the Free Papua Movement [OPM] or ‘armed criminal groups’ without providing clear evidence -- claims that are often denied by local residents and church leaders, ” he said in a statement.

“The [new] ‘terrorist’ label will only serve as further justification for such terrible human rights abuses.” Institute for Policy Analysis of Conflict (IPAC) director Sidney Jones said it was "not a wise move” that could fuel further discrimination for Papuans.

In response to the decision, Papua Governor Lukas Enembe demanded the central government conduct a comprehensive review taking into account the potential social, legal and economic effects of such a move.

He reiterated the Papua administration’s demand for the central government to tone down its heavy-handed approach in tackling problems in the province.

“We want the security approach in Papua to be conducted in a more humane [manner], with an exchange of words and ideas, not an exchange of bullets, ” he said.

He also urged the Indonesian Military (TNI) and the National Police to thoroughly assess the armed groups’ strength, location and characteristics to avoid civilian casualties or wrongful arrests.

Indonesia has been widely criticized for adopting a hard approach, characterized by mass deployment of its security forces, in resolving tensions in Papua and West Papua.

Experts have said that this approach had failed to effectively address the root causes of the violent conflicts that have claimed the lives of both armed combatants and unarmed civilians in the regions.

Amnesty International Indonesia recorded at least 47 cases of alleged unlawful killings by security forces in West Papua and Papua between February 2018 and December 2020 that claimed the lives of 80 people, and five cases with seven victims in the first four months of this year.

National Commission on Human Rights (Komnas HAM) chairman Ahmad Taufan Damanik said the commission was “concerned” that the labeling could escalate tensions and block the path toward a peaceful resolution of the conflicts in the provinces.

He said that the TNI would assist the police on the front lines in the fight against the separatist groups and would avoid harming other Papuans.

The declaration came days after the State Intelligence Agency (BIN) head in Papua, Brig. Gen. I Gusti Putu Danny Karya Nugraha, was shot dead in a confrontation with rebels on April 25, prompting President Joko “Jokowi” Widodo to order the TNI and the police to arrests members of the rebel group this week.

While Mahfud did not make specific references to any rebel group, it was speculated that the announcement was referring to the armed wing of the OPM, the National Liberation Army of West Papua (TPNPB), which claimed responsibility for the April 25 attack.

Jaleswari Pramodhawardani of the Executive Office of the President said the decision only came after careful deliberation that also “looked into input and analysis from stakeholders inside and outside the government over recent brutal acts in Papua that targeted civilians, including students, teachers and customary leaders”.

She said the government would ensure that the label would only apply to individuals or groups that conduct activities categorised as terrorism under the 2018 Terrorism Law.

The law defines terrorism as the use of violence or threats of violence that can trigger widespread terror or fear, cause mass casualties or disrupt or damage vital strategic objects and public or international facilities, using ideology, politics or the disruption of security as motives.

Jaleswari said that the immediate priorities of the government were to stop the recent terror acts and restore security in the region. - The Jakarta Post/ANN 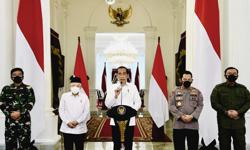