Links of luxury: Tilani posing with Seymour, after whom the 2.08-carat blue diamond ring is named. — The Straits Times/ANN

POLICE have launched an investigation into an alleged fraud related to a diamond investment scheme by Fantastic Xperience.

More than one police report has been made against the firm’s director Karan Tilani. A police spokesman confirmed the reports and said investigations were ongoing.

Tilani, 29, said: “The complaints made against us are baseless and we strenuously deny all allegations of wrongdoing.”

The Straits Times understands that the investment scheme allows investors to own a certain percentage of the ring at an agreed price.

When the company eventually sells the ring, the investor or co-owner will be given part of the sale proceeds.

Tilani, who is listed on Acra as the sole director of the company, held the biggest share of 50% among four shareholders.

In February this year, Tilani transferred more than 90% of his shares to a businessman.

An Acra search this month showed that Tilani’s share was reduced to 3%, making him the smallest shareholder in the company.Last year, media outlets including South China Morning Post, Forbes, CNBC and CNA Luxury, reported that Tilani, identified as the director of World of Diamonds Group, had donated the Jane Seymour ring to a S$2.65mil (RM8.2mil) dining experience that he organised.

Proceeds from the sale of the package would go to support humanitarian efforts in Nigeria, the reports said. — The Straits Times/ANN 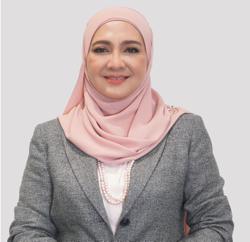