BEIJING (Bloomberg): Chinese authorities are probing the speed with which Ant Group Co’s ill-fated listing was approved, according to people familiar with the matter.

The investigation, being carried out by officials from multiple agencies, has for several months inquired into the process by which China’s securities regulator approved the public offering, the people said, asking not to be identified discussing a sensitive matter.

Among questions being explored by the probe are why Ant’s IPO was fast-tracked, if the company made sufficient disclosures and whether it received preferential treatment in the allocation of its stock code, they said.

The Wall Street Journal, which reported the probe earlier, said Beijing was also looking into what support local officials provided Ant and into big state-owned firms that stood to gain from a listing of Jack Ma’s financial technology giant.

The scrutiny points to the continuing fallout from the abrupt suspension of Ant’s initial public offering, days before a trading debut in Shanghai and Hong Kong last year.

The derailment of what was slated to be the world’s largest IPO marked the start of a sweeping crackdown by Beijing on China’s celebrated financial technology giants, which authorities have pledged to rein in this year. Founder Jack Ma has since kept a low profile, with regulators directing Ant to drastically revamp it business and hitting his crown jewel Alibaba Group Holding Ltd. with a record $2.8 billion fine for abusing its market dominance.

Ripples from the debacle are also being felt at China’s regulatory bodies. The securities watchdog last week unveiled plans to ban former staff from investing in pre-IPO companies.

It’s unclear what investigators have uncovered and whether anyone will be singled out for censure. Ant declined to comment in an emailed statement.

Ma managed to get Ant’s IPO application through various levels of securities regulators relatively quickly even as banking regulators were concerned about its business model and weighing tougher regulations for the company and its peers, the Wall Street Journal said.

In the run up to the IPO, Ant seemed particularly fond of the number eight, which is often associated with wealth in China. Eight is pronounced "ba” and rhymes with the word for "prosperity” or "getting rich” in Mandarin.

Six is also considered lucky as its Mandarin translation is close in sound to the word associated with smooth progress.

One fallout from the probe has been a tightening of listing requirements at Shanghai’s STAR Market to ensure that only companies whose main business is technology are traded there, according to the Wall Street Journal.

China’s financial regulators will continue to support Ant’s listing once the probe is completed and the company overhauls its business, one of the people familiar told Bloomberg. The firm’s transformation into a financial holding company that will effectively be supervised more like a bank could mean Ant will no longer be eligible to list on the STAR market.

Ant’s Chairman Eric Jing promised staff that the company would eventually go public, according to a post on an internal website in March.

For now, the future of Ma’s company -- and its valuation -- remains shrouded in uncertainty as regulators sort through the details of the fintech industry overhaul that derailed Ant’s US$35 billion IPO, which had valued the company at $280 billion.

The company will need to adhere to new rules, which will curtail its operations in every sector from payments to lending, and wealth management to insurance. Investors are awaiting final guidelines aimed at curbing online consumer lending, which were unveiled late last year.

Early investor Warburg Pincus LLC marked down the valuation of the fintech giant to a range of $200 billion to $250 billion at year end, people familiar have said. That’s a fall from its peak valuation but better than estimates by Bloomberg Intelligence, which now sees Ant dropping to $29 billion to $115 billion after it becomes regulated more like a bank. 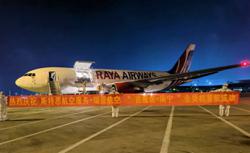