The earthquake did not potentially trigger a tsunami, the meteorology and geophysics agency said.

The quake struck at 6:58 a.m. Jakarta time on Tuesday with the epicenter at 142 km southwest of Nias island and the shallow at 10 km under sea bed.

The intensity of the quake was felt at II to III MMI (Modified Mercalli Intensity) in Nias Barat district, II MMI in Aek Godang of Padang Lawas district, Gunungsitoli town of the island, Padang Sidempuan town and Pakpak Bharat district.

The tremors were also felt II MMI in the nearby provinces of Aceh and West Sumatra.

Spokesman of National Disaster Management Agency Raditya Jati said that there were no initial reports of damages or casualties after the quake.

In Nias Barat district, the hardest hit area, there was no report of significant impact of the tremors, Head of Search and Rescue Office in Nias Island Agus Wibisono said. 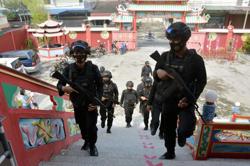 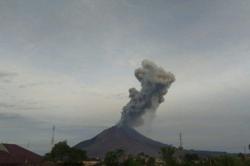