Beijing: Thanks to resolute protection efforts, several of China’s endangered birds have seen significant population growth over the past decades, the National Forestry and Grassland Administration revealed.

The crested ibis, known as “the oriental gem” and once thought to be extinct as a result of human activities such as urbanisation and pollution, has seen its population boom from seven in 1981 to more than 5,000 now.

Over the past 40 years, the number of black-faced spoonbill has grown from 1,000 to 4,000, while the population of Siberian cranes has climbed from 210 to 4,500, according to the administration.

This week marks the 40th anniversary of national Lovebird Week.

“Spring is a crucial season for the birds’ reproduction. Large-scale migration also starts in spring.

“Forestry departments at all levels should strengthen their efforts on the birds’ protection, ” said Zhang Zhizhong, head of the administration’s wildlife protection department.

Zhang said the administration will finalise related laws and regulations on wild bird protection, enhance supervision work and will not tolerate any illegal hunting or trading of wild birds.

China, home to 1,445 bird species, is one of the countries with the greatest diversity of bird life. A total of 394 are included in the country’s top protection list.

In February, the administration and the Ministry of Agriculture and Rural Affairs released an updated list of Wild Animals under State Priority Conservation. It was the first major change to the list since it was published in 1989.

Of the 980 animals on the new list, 517 were additions, including birds that are kept as pets for their beautiful songs or plumage. — China Daily/ANN 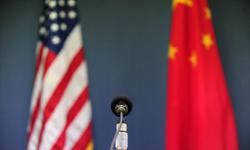