The Korea Pavilion, organised for the 22nd time at the Vietnam Expo, is one of the event’s highlights. VNA/VNS

HANOI (Vietnam News/ANN): As many as 320 firms are exhibiting their products at the 30th Vietnam International Trade Fair (Vietnam Expo 2021), which opened at the International Exhibition Centre in Hanoi on Thursday (April 14).

The four-day event, themed “Vietnam Expo - Partner with enterprises in the digital age”, witnesses the participation of enterprises from provinces and cities nationwide and those from countries and territories including Cuba, Russia, Germany, Japan, the US, South Korea, Hong Kong and mainland China.

The expo has been hosted by the Ministry of Industry and Trade and organised annually by the Vietnam National Trade Fair & Advertising Company (Vinexad) over the last two decades, and is recognised as one of the most effective trade events, bringing a lot of economic value for organisations, enterprises and individuals in Vietnam and overseas.

At the opening ceremony, Deputy Minister of Industry and Trade Đỗ Thắng Hải said the event, first held in 1991, had become one of the most large-scale and important trade promotion activities in national industry and trade, providing practical opportunities for Vietnamese businesses to develop in the domestic market and boost their exports.

"Due to the influence of the Covid-19 pandemic, to increase the efficiency of trade promotion for businesses, the trading activities are organised in the form of direct meeting and online meeting via e-commerce platforms such online fair, remote booths for international businesses and e-conference connecting online trade," he said.

At the event, products on display include machinery, equipment, supporting industry products, electrical and electronic products, food and beverages, and farm produce for export.

This is the sixth consecutive year the “Invest in Vietnam” - Industrial Development and Investment Pavilion has been located in the centre of the trade fair to introduce the strengths and new investment policies of seven key industries from Yên Bái, Bắc Ninh, Nghệ An, Khánh Hoà, An Giang, Đồng Tháp and Vĩnh Long provinces.

“Khánh Hòa Province has participated in Vietnam Expo for many years, but this year’s fair has special significance as it happens in the context that Vietnam has effectively contained Covid-19 and we are calling for the return of domestic and foreign investment, ” Trần Văn Ngoạn, deputy director of the provincial Department of Industry and Trade told Vietnam News.

“We wish to introduce to investors the potential and advantages of Khánh Hòa. After participating in the fair, we found that more investors have come to Khánh Hòa, especially large economic groups from the US, South Korea, Japan and the EU.

“For example, Japan-based Sumitomo Corporation has invested in a coal-fired thermoelectric plant in the province, with a total capacity of 1320 MW and a total investment of $2.58 billion and it is likely to be completed in 2023, ” Ngoạn said.

This is a good opportunity for Singaporean investors to learn about Vietnam's production policies and investment opportunities in these key provinces.

The Korea Pavilion, organised for the 22nd time at the event this year, is another highlight.

Some 350 Vietnamese enterprises are expected to participate in online exchanges with Korean suppliers via the pavilion.

Over the years, the pavilion has promoted trade between Vietnamese and South Korean businesses, contributing to the strong growth in trade relations between the two countries. 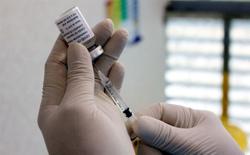