Indonesia is one of Asia Pacific's fastest growing cloud computing markets, with a projected 25 per cent compound annual growth rate (CAGR) from US$200 million in 2018 to a projected $800 million in 2023, according to a Boston Consulting Group report.

Tencent adds to a list of tech behemoths, such as Alibaba, Microsoft and Amazon, whose cloud computing arms are racing to capture a piece of Southeast Asia’s largest digital economy.

Alibaba Cloud plans to open a third data centre in Indonesia this year, Microsoft Azure has announced plans to establish its first data centre but at an unspecified time and Amazon Web Services (AWS) recently launched its first edge location in Jakarta with plans for an infrastructure “region” in Jakarta by 2022 at the latest.

Tencent announced last year that it would open a new office in Singapore to serve as its regional hub for Southeast Asia as the region had proven to be an important market for the company.

Indonesia’s cloud computing demand is being driven by its growing digital economy, which is expected to be worth $124 billion by 2025.

If this occurs, the country will account for nearly half of Southeast Asia’s digital economy that year, according to the 2020 e-Conomy SEA report by Google, Temasek and Bain & Company. - The Jakarta Post/Asia News Network 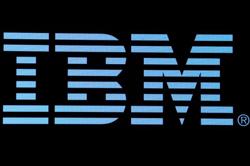