Techie out to prove himself 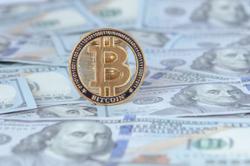 New record: Metakovan (right) caused a stir in the art world when he purchased this costly piece of digital art (left) by Beeple at a Christie’s auction. — The Straits Times/ANN

HE may have spent a record US$69mil (RM283mil) worth of cryptocurrency on a piece of digital art, but entrepreneur Vignesh Sundaresan insists he is just an “ordinary” man with no real estate to his name, at least not in the “real world”.

“I don’t have a car, I don’t have a house. I am a minimalist, ” says the 32-year-old, whom The Sunday Times met for dinner at his favourite restaurant in Little India.

The bachelor rents a condominium nearby.

In person, the man who says he is the chief financier of crypto-based fund Metapurse is an introvert.

Metakovan, his alter ego in the virtual world, is a bold, influential persona with more than 20,000 followers on Twitter.

On March 11, Metakovan caused a stir in the art world when he bought the landmark work at a Christie’s auction.

The record-smashing piece, “Everydays: The First 5,000 Days”, is a virtual mosaic by the artist Mike Winkelmann, known as Beeple.

The image file is linked to a non-fungible token (NFT), with its certificate of authenticity recorded using blockchain technology.

Beeple’s work, which drew the highest sum anyone has paid for a digital artwork, is bested only by David Hockney’s and Jeff Koons’ pieces for the auction record of a work by any living artist.

Last Thursday, after days of intense media coverage and speculation over his real identity, Metakovan unmasked himself as Vignesh, a self-described “entrepreneur, coder and angel investor” in blockchain technology.

He and his collaborator Anand Venkateswaran, who goes by the handle Twobadour and is in his late 30s, revealed their names in an article on online newsletter platform Substack.

The duo, who hail from Tamil Nadu in India, run Metapurse, which claims to be the world’s largest NFT fund.

Vignesh, who moved to Singapore three years ago, says: “There are countries like India that are thinking of banning crypto. If my story can inspire someone, and have them say, ‘Let’s not ban crypto’, I would be happy to reveal myself for that.”

One reason why he used a pseudonym, he says, was a desire to suspend people’s judgment.

“When they see a brown guy doing something, they rush into judgment without looking at the work. As Metakovan, maybe they were very nice to me, because they didn’t know I was brown.”

The duo recently announced the launch of a Metapurse Fellowship, which will offer US$100,000 (RM410,000) each to five storytellers – writers, producers or content makers – spread across 12 monthly stipends.

The crypto enthusiasts met 10 years ago at Indian daily The Hindu, where Vignesh was a technical consultant and Anand, a journalist.

Anand, currently in India, is head of communications at Lendroid, a crypto-economic foundation founded by Vignesh.

“We are fans of the Metaverse, Ready Player One, all those things, ” Vignesh adds, referring to the 2018 Spielberg film about a virtual reality (VR) world.

They are fascinated by the Metaverse, the idea of a shared space built on VR, virtual currency and NFTs. — The Straits Times/ANN

Art prices in a ‘bubble’, says Beeple after his record sale 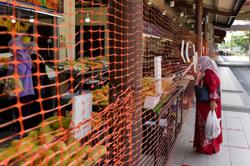 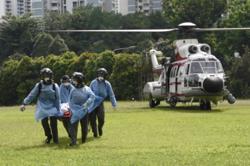